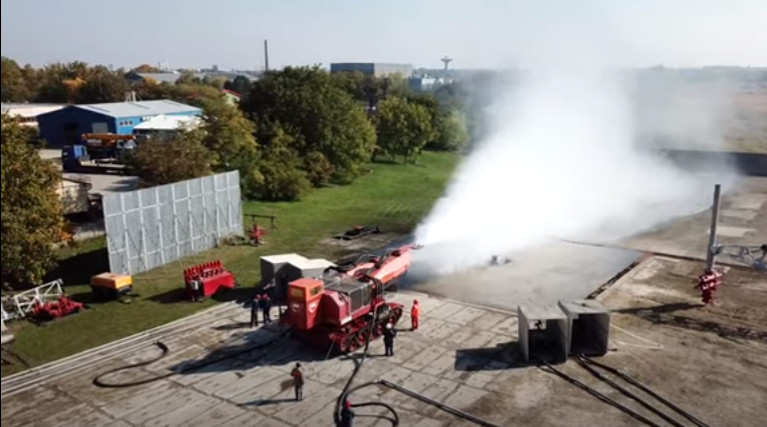 Hungary, at the height of the fire season, unveiled the world's most powerful firefighting vehicle, which is based on Russian technology, to deal with the numerous forest fires that have hit the country.

The vehicle, known as the "Big Wind" is a hybrid that utilizes the resources of two of arguably the longest-lived military machines in history. "Big Wind" was developed by Russia, produced with the help of "MB Drilling" and is part of the MOL.

One of the most famous tanks in history, the T-34, is actually the basis of the "Big Wind". This Russian tank was introduced in 1940, and after World War II, the technology was adopted by many countries in the world.

The water consumption of this fire truck is incredible, with as much as 830 liters per second, and the water carpet created by the vehicle is something never seen before.

By the way, the "Big Wind" was shown in practice in the early 1990s when it was successfully used to extinguish burning oil wells in Kuwait.