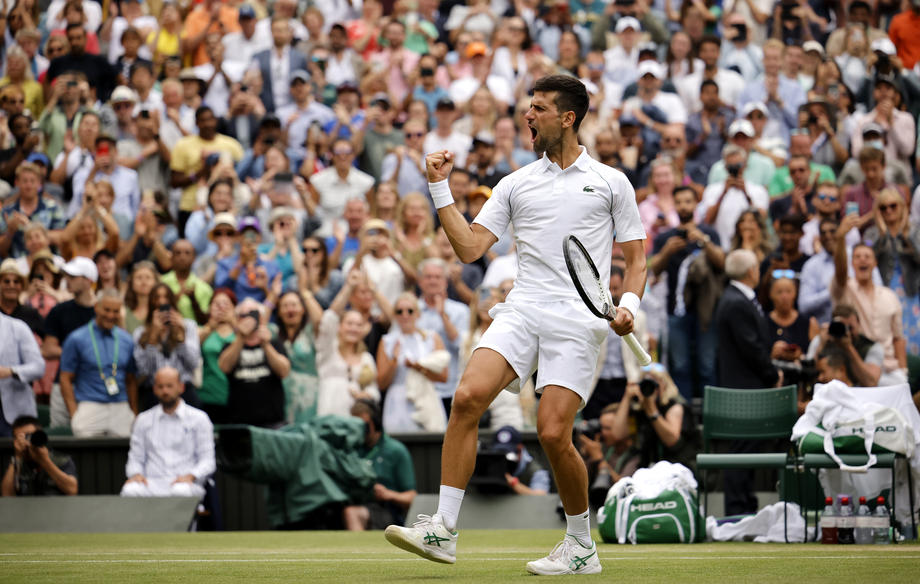 In the semifinals of the London tournament, Djokovic will play with the better of the duel David Goffan – Cameron Norrie. The audience enjoyed the duel between Djokovic and Siner, which was extremely exciting.

Djokovic opened the match well and quickly took a 4:1 lead. The Serbian had the opportunity to take away the opponent's serve once again, but he did not use the break point, so Siner returned to the match.

The Italian took advantage of the moment, returned the break and then after a great fight made another one and with an excellent turn came to a lead of 1:0 (7:5).

Motivated by his good play in the first set, Sinner continued his excellent play at the start of the second set. After the first game that Novak won on his serve, Siner equalized, then made a quick break and took the lead with 2:1.

But the beginning of the third part of the game hinted at Novak's return to the match. The Serbian tennis player did not use the first break point in the second game, but succeeded in the second - in the fourth game, so he quickly gained an advantage of 4:1, and then calmly brought the set to the end - 6:3.

The Serbian continued with a furious game, won the next set with 6:2 and equalized at 2:2. The Italian had no chance when Novak played at his best, so Djokovic quickly reached the next set and triumphed in the quarterfinals.