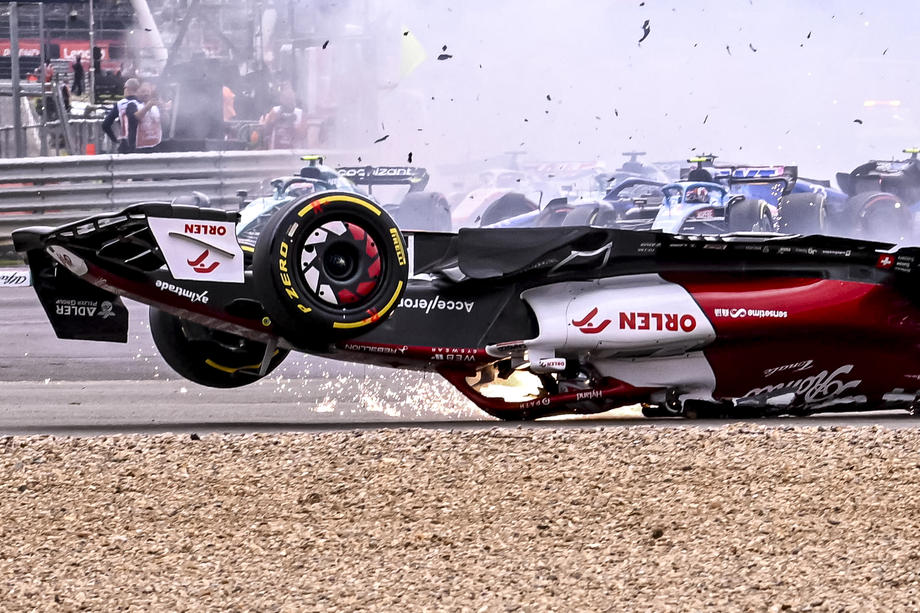 Total chaos at the start of British Grand Prix in Silverstone. At the beginning of Formula 1 the race involved a collision involving several cars. The race was stopped and the start will be repeated.

He suffered the most Chinese driver Zhu Guanyu, who drives for "Alfa Romeosuffered the most. He was taken out on a stretcher and his team reports that he is not seriously injured.

The Chinese collided with George Russell from „Mercedes", Zhu's car ended up right in front of one of the stands where the spectators were.

Zhu was stuck in the car, after which the organizers, doctors and technicians had to react.

In that collision, Russell retired, while the cars of Albon, Ocon and Tsunoda were damaged. the cars. The race has been stopped and its continuation is awaited.

Let us recall, the first place in qualifying was secured by the driver of Ferrari, Carlos Sainz, his first career pole position, while second place went to reigning champion Max Verstappen. Charles Leclerc and Sergio Perez, the other drivers of "Ferrari" and "Red Bull Racing", achieved the third and fourth times in qualifying.

I hope Zhou is okay after that crash it was worse than it looked #BritishGP pic.twitter.com/RI0Z1WQ7AU