VIDEO: Djokovic is gone, so now the Australians are attacking Medvedev! 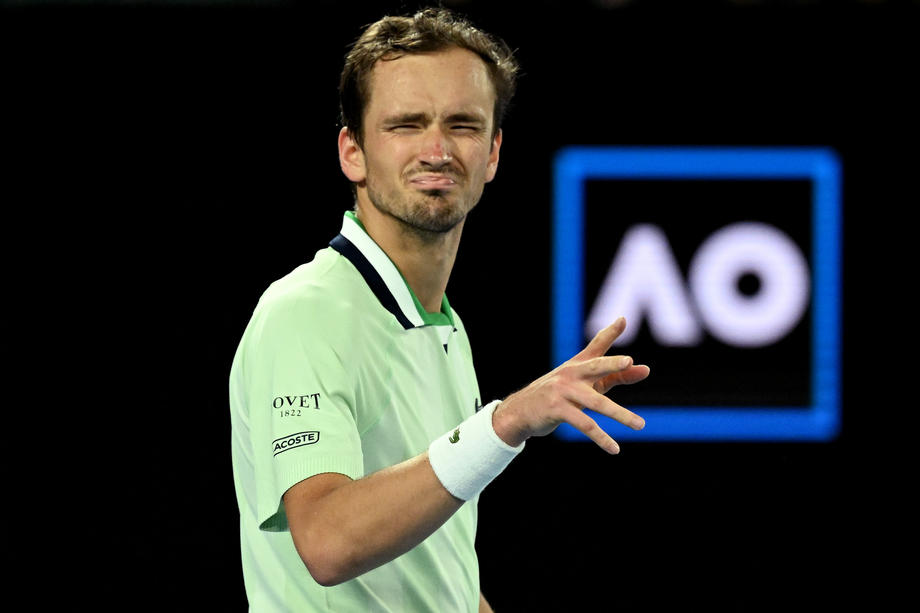 Danil Medvedev (25) defeated the home competitor Nick Kyrios with 3: 1 in the second round of "Australian Open“. But one moment cast a shadow over the match, the impatience of the home fans and the Russian tennis player.

The Russian was disappointed with the behavior of the fans, he was especially bothered by the imitation of the famous Portuguese football player Cristiano Ronaldo and his "siuuuu" at every opportunity.

After the hard-fought victory, Medvedev spoke with Jim Courier who conducted the interview.

- I came to win, I am glad that I succeeded in that. This is the only option when you are booed between the first and second service. This led to whistles - said Medvedev, followed by new whistles from the stands, to which the Russian tennis player responded:

Daniil Medvedev was NOT happy with the crowd behavior tonight and he let them know in the on-court interview! 😳
#AusOpen - Live on Channel 9 and 9Now pic.twitter.com/5UKAFOuV9v

- People, I can not hear him, show respect to Jim. Here he won the trophy. Thank you. It's a little disappointing when they make so much noise between the first and second service, probably not everyone here has a high IQ - Medvedev pointed out.

"While the fans imitated Cristiano Ronaldo ('Siu') throughout the match, Medvedev could not resist leaving the pitch," he wrote on camera: "siuuuu".

Djokovic: I will lose 4000 points without the opportunity to defend them