VIDEO: Glamorous premiere of the film about Toma Zdravkovic in Belgrade 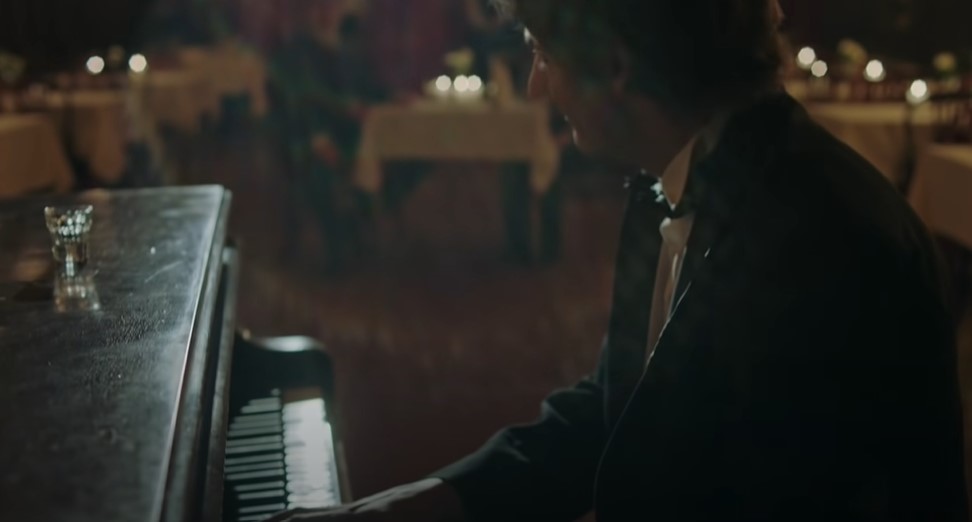 Scene from the movie "Toma" / photo: the screenshot

In a glamorous atmosphere, with a red carpet and many Serbian and Balkan stars on it, the premiere of the long-awaited biographical film "Toma" took place in Belgrade tonight, which records the life of the great bohemian and musician, Toma Zdravkovic.

The film, directed by Dragan Bjelogrlic, had its first premiere in Sarajevo late last month, and was then screened in Nis, ahead of tonight's Belgrade premiere at the Sava Center in the Serbian capital.

While the stars paraded on the red carpet, one could hear the numerous hits of Toma Zdravkovic, whose music is a favorite in Macedonia, as well as everywhere in the former Yugoslavia.

The film "Toma" is a biographical portrait of Toma Zdravkovic, which shows his beginnings and encounter with the music scene, as well as the peak of his fame. His numerous love affairs, which inspired his music, are also shown.

The main roles, such as Toma Zdravkovic and Silvana Armenulic, are Milan Maric and Tamara Dragicevic, and besides them play Petar Bencina, Sanja Markovic and Paulina Minov, and in the role of the mother is the Serbian acting legend, Mirjana Karanovic.

VIDEO | The Maid miniseries won over Netflix viewers, watched by over 67 million users!

The Simpsons have introduced a new face - Breast Cancer Survivor

Almost three years after it was canceled: Marvel is considering restarting Daredevil with Netflix actors

Instead of the seventh season, Stephen Knight will write a screenplay for the movie: "Peaky Blinders" will start shooting in 2023