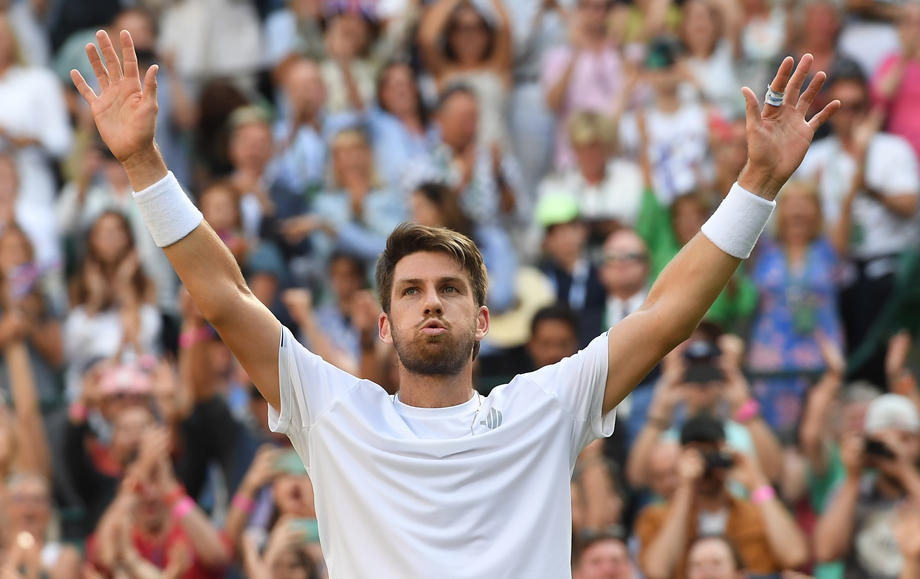 A few hours after he defeated the Italian Yannick Siner after a big turn, Novak Djokovic found out who will be his opponent in the semi-finals of "Wimbledon".

It is the ninth seed, the British representative Cameron Nori, who also defeated the experienced Belgian after a great fight David Gofan with 3:2, after sets 3:6, 7:5, 2:6, 6:3, 7:5 after three and a half hours.

The victory of the British tennis player means only one thing, on Friday in the semi-finals, Novak will face the strongest pressure from the stands since the beginning of this tournament, but he has been used to it for a long time, not only at the Grand Slam tournament in London.

This is the biggest victory in Cameron Norrie's career so far in this tournament, and the impression is that Goffan will have many reasons to wonder how he missed the great opportunities he had in this match.

Twice he led in sets, allowed Nori a turn, and in the second set he squandered a break advantage, but also the opportunity to win this match in three sets.

Welcome to the semi-finals, @cam_norrie! 🇬🇧

In the last two sets, Nori used the great support from the stands, which will surely be even greater in the semi-finals against Novak Djokovic.

But regardless, Novak enters that match as the current champion, with great authority and as a great favorite who has vast experience in such situations.

And in the women's competition, the first semi-final couple was announced, in the German duel Tatiana Maria with 2:1 in sets 4:6, 6:2 and 7:5 eliminated Jule Nemeyer. Maria will play against the Moroccan tennis player to qualify for the grand final Uns Jabur with 2:1 (3:6, 6:1, 6:1) who defeated Marie Buzkova from the Czech Republic.