VIDEO: Djokovic breaks Federer's record, with a twist to the semifinals of the "US Open" 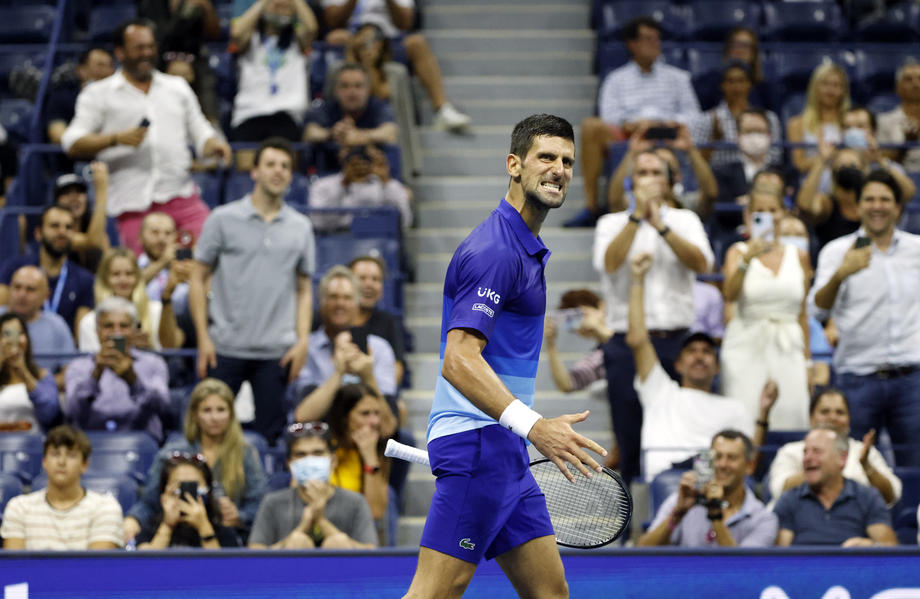 Serbian tennis player Novak ковиokovi. Advanced to the semifinals of the "US Open" after defeating the Italian Mateo Beretini in the quarterfinals late last night with 3: 1, in sets 5: 7, 6: 2, 6: 2, 6: 3.

With this triumph, Nole broke Roger Federer's record after becoming the player with the most victories over the Top 10 players in the history of tennis.

He recorded 224 victories over the Top 10 players (with 101 defeats), surpassing the Swiss giant who stood at 223 victories and 123 defeats. Spaniard Rafael Nadal has a record of 178 wins and 99 defeats.

Ковиokovi за will play against the fourth winner of the tournament for a place in the grand final Alexander Zverev, the German competitor, previously eliminated Lloyd Harris from South Africa with 7: 6 (6), 6: 3, 6: 4.

Novak Djokovic had it all working in a four-set win over Matteo Berrettini. pic.twitter.com/4ExwLQYzyF

In the second semifinal in New York (USA), Felix Oze-Aliasim (Canada) and the second winner of the tournament, Danil Medvedev (Russia) will compete.

In women, the Greek tennis player Maria Sakari in one hour and 23 minutes with 2: 0 (6: 4, 6: 4) celebrated against Karolina Plishkova from the Czech Republic.

Sakari will play against Emma Radukanu from Great Britain to enter the final, and the second semifinal pair consists of Leila Fernandez (Canada) - Arina Sabalenka (Belarus).