VIDEO: The Germans in the finish line to an important point, now depend on Spain 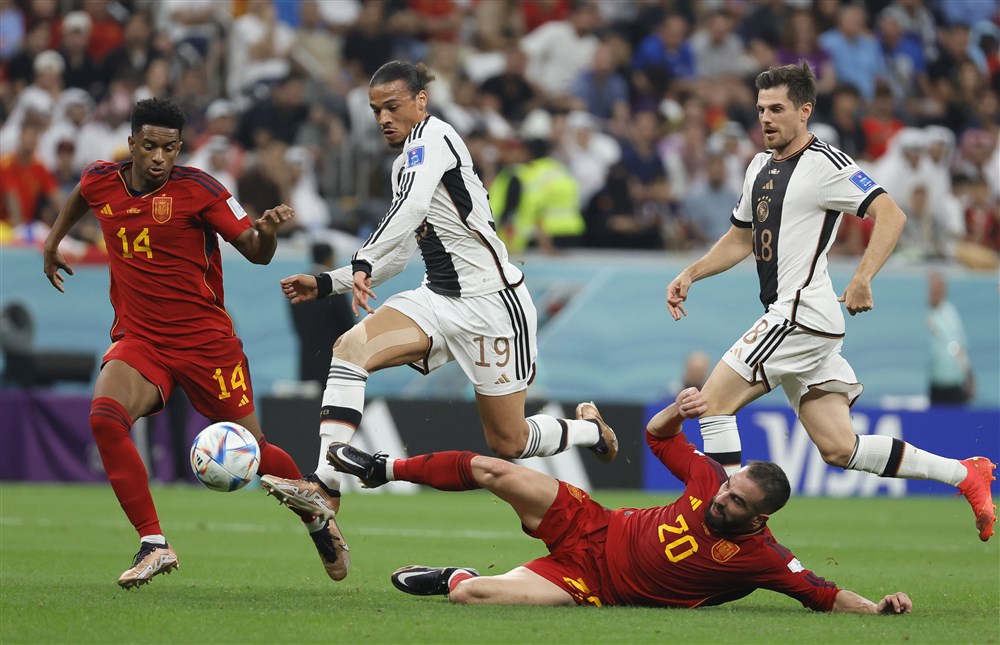 The football teams of Spain и Germany drew 1:1 today in the derby from the second round of World Cup in Qatar. The Red Fury now leads Group E with four points, Japan and Costa Rica have three each, and Germany has one.

All four teams have chances for the round of 1, on December XNUMX the matches of the last third round will be played, the Germans must attack for victory against Costa Rica, but they will also need a "service" from Spain to triumph against the Japanese.

The first criterion for determining the order in the group stage of the World Cup is the points, followed by the goal difference and the number of goals scored. If the national teams are equal in those categories, the mutual score, the goal difference in the mutual matches and the goals scored in the mutual duels will be seen in the next row. It is also possible to determine the order according to the number of cards.

In today's match, Luis Enrique's team took the lead first, in the 62nd minute, Alba sent the ball into the box, and there he was in the right place. Morata who shot through Neuer for 1:0.

The equalizer came in the 83rd minute when the Germans took advantage of a bad reaction from the Spanish players. Musiala was in front of Rhodri, he found him Philkrug who shot hard under the bar for 1:1. Germany had a chance at the finish to make a complete turnaround, Sane found himself in an ideal opportunity, but instead of shooting immediately, he went too far to the side.

VIDEO | Lautaro man of decision in the city derby, Inter continued the crisis of Milan

First League: Pelister confident against FMP, Davitkov made his debut on the Strumica bench with a defeat