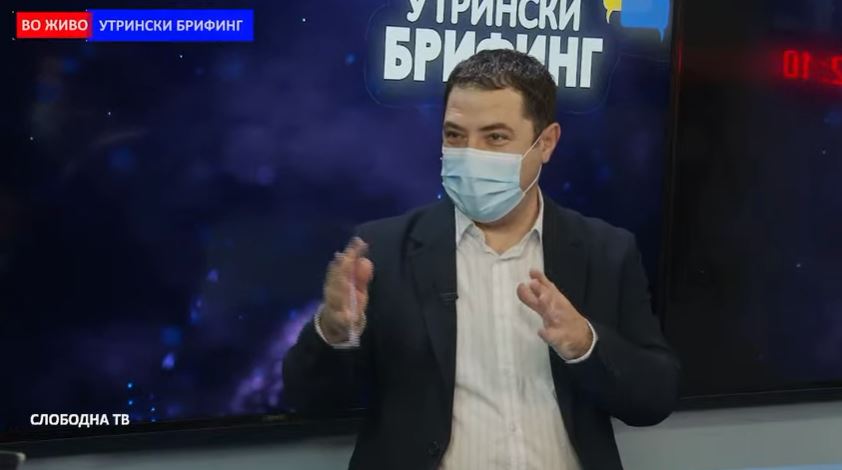 The state of corruption in the country is measured by different criteria. The latest is the Transparency International Corruption Perception Index, according to which this year our country has improved by 24 places.

- I would say that this is a real reflection, there were improvements and there were deteriorations, we improved by 4 index points, and that is 24 places better position in the corruption index. It is mainly about good governance, says German Filkov for the Morning Briefing.

More serious research is well organized. This index, like others, does not measure factual relationships but measures perception. So we have a perception of improving the situation with corruption. Now it seems to the public that faith in the goals of the Colorful Revolution is being restored.

- In another research in December it turned out that corruption is first on the list of what bothers the citizens, ie. 63% of respondents do not accept corruption. "These are serious conditions for us to do something with corruption, if it becomes intolerant it will be easier to fight," said Filkov.

The fight against corruption is reduced to inter-party clashes and we are abusing corruption.

- When you go to enroll a child in kindergarten and if you enroll him normally then there is no corruption, that is how people experience corruption. If we look at some factual situations, after many years we have a functional SCPC, says Filkov.

Filkov says that the SCPC and the State Audit Office have attempts for systemic problem solving. And that matters, not just how the budget is spent. The government adopted an anti-corruption plan that emerged from civil society organizations. In terms of transparency, it can be said that everything is available and can be seen, but we need to go a step further to see why money is spent that way and not just to see how and where it was spent.

- We still do not see that when announcing a tender, it is announced with a real intention to be implemented properly, says Filkov.

Culture is part of "chasing" relationships. This is a common occurrence in our country.

As for the SCPC, it is not an institution responsible for prosecuting corrupt practices, but has a preventive function and can point out to other bodies cases that they can act on and investigate. The SCPC indicates and warns, but depends on other bodies that have an executive role. The system and its institutions should close the circle of corruption, Filkov commented for the Utrinski briefing.

- The citizens, the judiciary and the judges are regularly pointed out as the most corrupt. 33% of people were pressured to pay to get a job. Five percent voluntarily participated in corrupt activities, says Filkov.

Filkov says that there is a lack of coordination and that not everyone performs their role. The law states that anyone suspected of corruption should report it, but there are no such cases. This is the only way to put pressure on the system, Filkov commented.