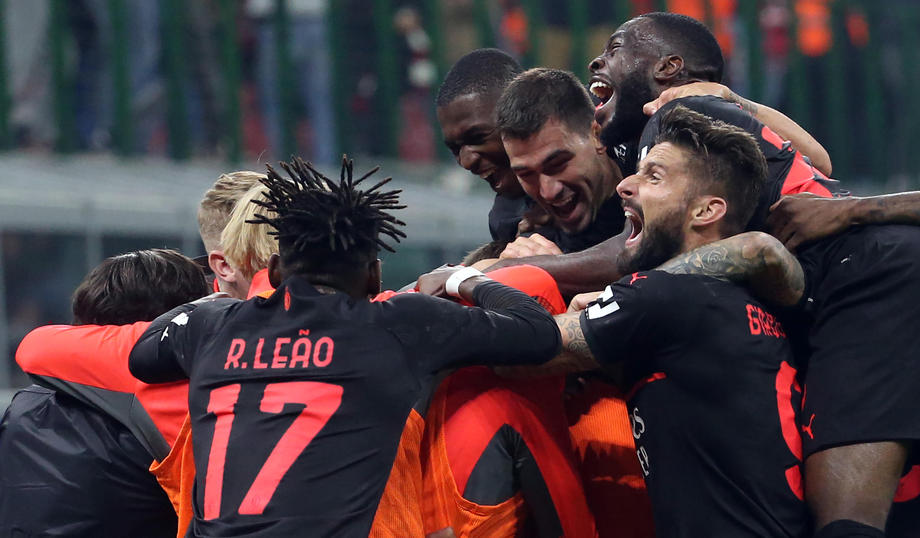 The "Rossoneri", despite having a negative result, finally triumphed against the team of Verona in the Italian Serie A / Milan, Italy / October 16, 2021 / Photo: EPA-EFE / MATTEO BAZZI

The players of Milan won tonight at home after a turnaround over Verona with 3: 2, in a match from the eighth round in the strongest Italian championship.

Verona had a two-goal lead at the San Siro after Gianluca Caprari scored in the seventh minute and Antonin Barak in the 24th minute from the penalty spot.

The "Rossoneri" made a complete turnaround during the second half. Olivier Giroud scored the first goal in the 59th minute, and Frank Casey equalized in the 76th minute from the penalty spot.

The victory for the hosts was brought by the football player of Verona, Koraj Gunter, with a comic own goal in the 78th minute.

After the seventh victory in the league, Milan climbed to the first place on the table with 22 points, one point more and a match more than the second-placed Napoli of the Macedonian national team player Elif Elmas.

Verona suffered its fourth defeat and with 13 points takes 2th place in the table. Earlier today, Spezia beat Salernitana 1: XNUMX, a Lazio was better in the derby than Inter at "Olimpico" with 3: 1.