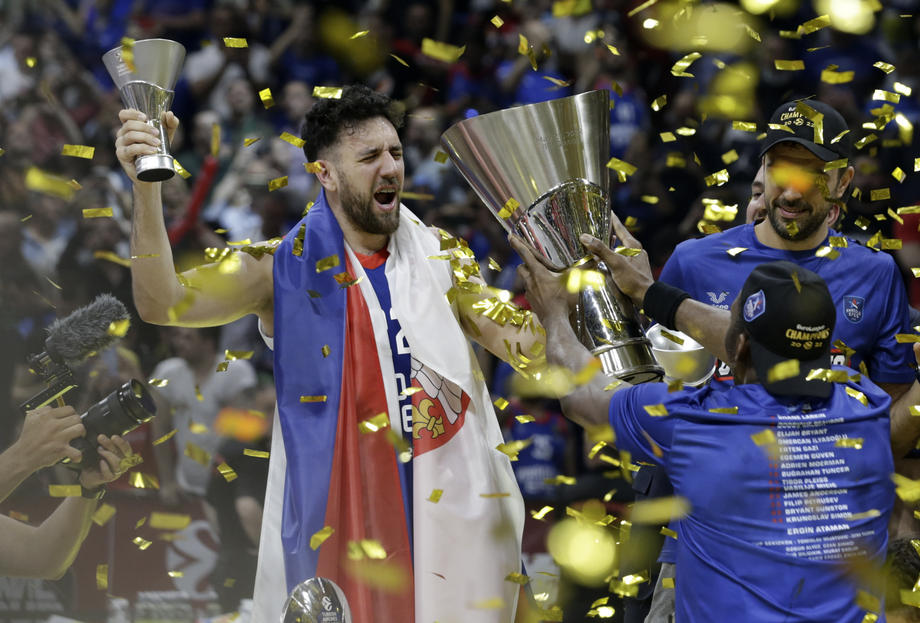 Vasilije Micic most useful player in the Final Four tournament in the Euroleague / Belgrade, Serbia / May 21, 2022 / Photo: EPA-EFE / ANDREJ CUKIC

The basketball players of Anadolu Ephesus they beat him tonight Real Madrid in the grand finale of Euroleague with 58:57 and managed to defend the title in the best club competition. Earlier in the fight for third place, Barcelona celebrated over Olympiakos (84:74).

Tonight at the Belgrade Arena we watched an uncertain match between Real and Ephesus, and in the end the Turkish club managed to win. From the very beginning we watched an equal match and it was already clear that the question of the winner would be resolved only in the last seconds.

Real led in the first quarter with 15:14, and the "kings" played better in the second quarter. The Spanish club managed to leave at halftime with an advantage of five points - 34:29.

But later Anadolu Efes managed to catch up. In a match in which we did not see as many points as expected, there was no lack of excitement on the floor that only such a match could offer.

In the last quarter, Efes managed to make a turn on the wings of Vasilije Micic who played an incredible match.

Micic hit several three-pointers that left Ephesus alive and responded best to Sergio Lluj's points from the other side. In the last minute Gabriel Deck scored a triple for 53:53, but in the next attack Micic retaliated for 56:53.

Place then hit for 58:55, and Real had an attack for extra time. But the Spaniards did it all very badly, and in the end Gul only managed to score for 58:57, which was not enough for Real to fight for extra time.

There was no more time on the scoreboard, so Ephesus finally celebrated with 58:57 and managed to defend the European title.

Micic was the most efficient with 23 points, the great Serbian playmaker was named the most useful player in the Final Four tournament (MVP). At Real Madrid, Tavaresh was the best tonight with 14 points and 11 rebounds.