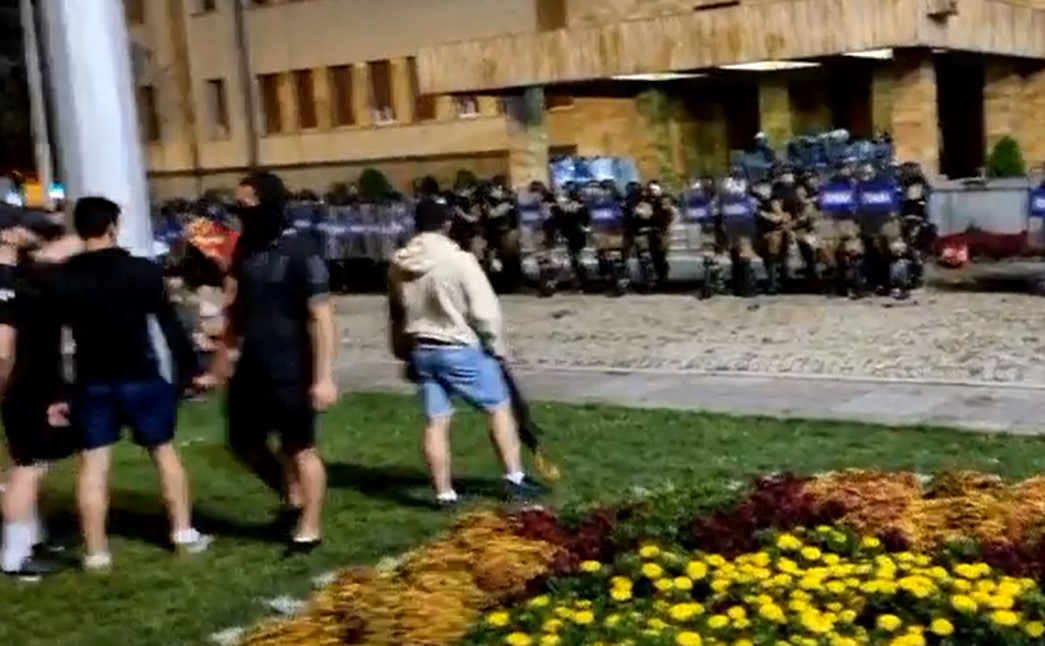 Incidents occurred tonight at the protest against the French proposal in front of the Parliament, after some of the protesters broke through the protective fence and pressed to enter the building.

A large police cordon has been placed in front of the doors of the Assembly, which prevents the crowd from entering the assembly building.

Some of the protesters have phantoms on their heads.