VIDEO: Explosion in the center of Athens, there are also injured 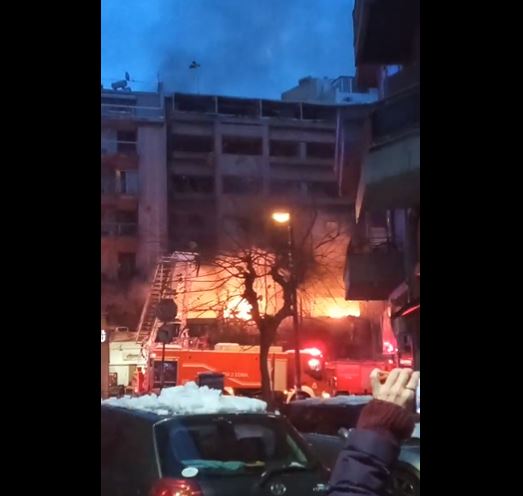 One person was injured and several buildings were damaged in explosion in central Athens which this morning caused fire, officials and eyewitnesses said.

According to officials of the fire brigade, it is not clear yet what caused the explosion or fire.

"We have a fire, which was preceded by an explosion," said the commander of the fire brigade on the spot. "We still do not know what caused it, and there is more material damage and a fire broke out," the fire brigade official told Sky TV.

Explosion at the beginning of Syggrou. One injured so far
The shock wave broke windows in a radius up to Makrigianni and Dionysiou Areopagitou
The doors of the courtyard and my windows were opened to me. pic.twitter.com/PWOG03SO9I