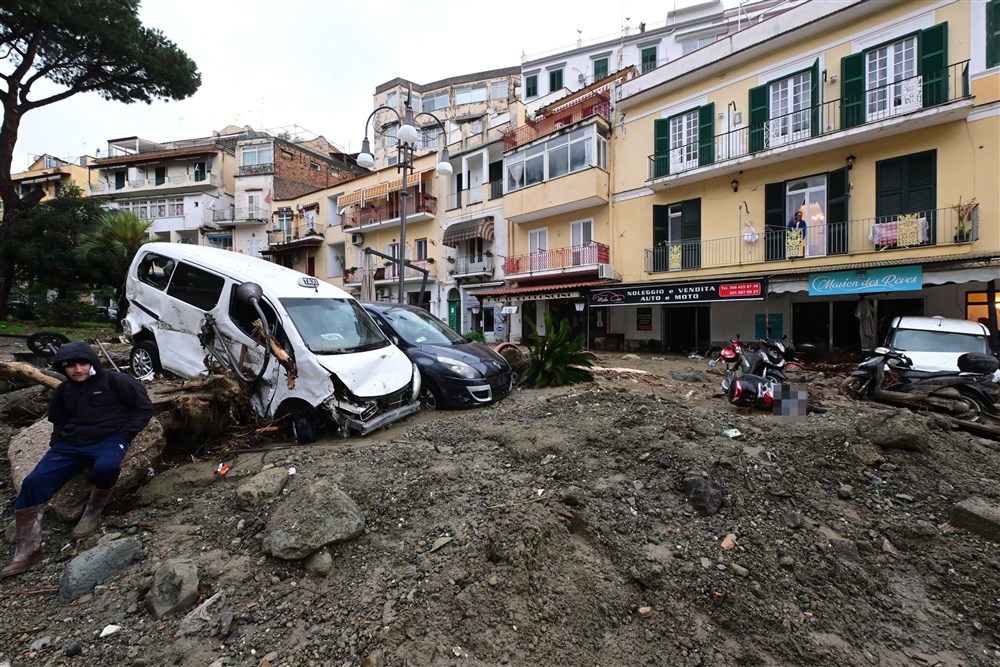 Landslide on the Italian island of Ischia/Photo: EPA-EFE/CIRO FUSCO ITALY OUT

One woman died, and ten people are being searched after a landslide caused by heavy rains the southern Italian island of Ischia, said a local representative.

Heavy and torrential rains hit the port of Casamichiola Terme, one of six small towns on the island, early Saturday, causing flooding and collapsing buildings.

"The death of one person, a woman, has been confirmed. "Eight missing people have been found, including one child, and the fate of ten people is still unknown," said the Prefect of Naples, Claudio Palomba at a press conference.

Seventy firefighters are working on the island, 30 kilometers from Naples, to pull residents out of damaged buildings and find missing people, the fire brigade announced on Twitter.

Footage shows thick mud, debris and rocks at Casamichiola Terme. Several cars were submerged along the coast and were apparently thrown into the sea by the storm.

Casamichiola Terme, a tourist town of 8.000 in winter, suffered an earthquake in 2017 that killed two people, and in 1883 the town was leveled in a very strong earthquake.

Ischia is a volcanic island that attracts visitors every year with its thermal waters and beautiful landscape. It is densely populated and statistics show that many houses are built without a building permit, because of which the residents are threatened with floods, and there are frequent earthquakes.

In 2006, a landslide killed a father and his three daughters.

The south of Italy, where houses are often built illegally to circumvent safety regulations, is prone to fatal landslides.

In 1998, at least 150 people died when a landslide flooded the village of Sarno, not far from Naples.