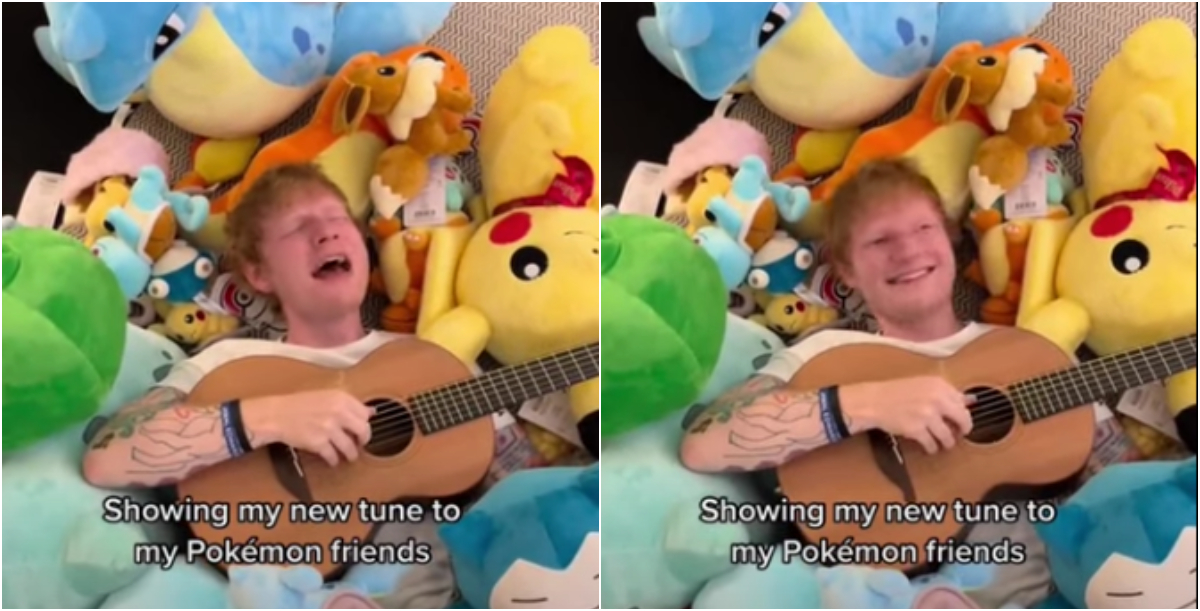 Sharing a drawing of himself with game character Pikachu, the British singer and songwriter Ed Sheeran wrote on social media that he began his fascination with Pokemon at the age of seven by collecting themed cards.

"My love for Pokemon began with collecting cards in elementary school, and the music video for the new song is animated by the creators of the game," said Ed Sheeran, who is "obsessed" with Pokemon.

He then became a fan of the animated TV show, and received a Gameboy Color handheld console on his eighth birthday.

"Obsessed is putting it mildly," says the British singer.

"I'm 31 now, I still have the same Gameboy Color and I still play Pokemon Silver on long flights," he continued.

“I really, really want it. As a child, it gave me the chance to escape into a world of fantasy, which seemed to go on and on, and in adult life it is nostalgia that makes me feel like a child again," says the singer.