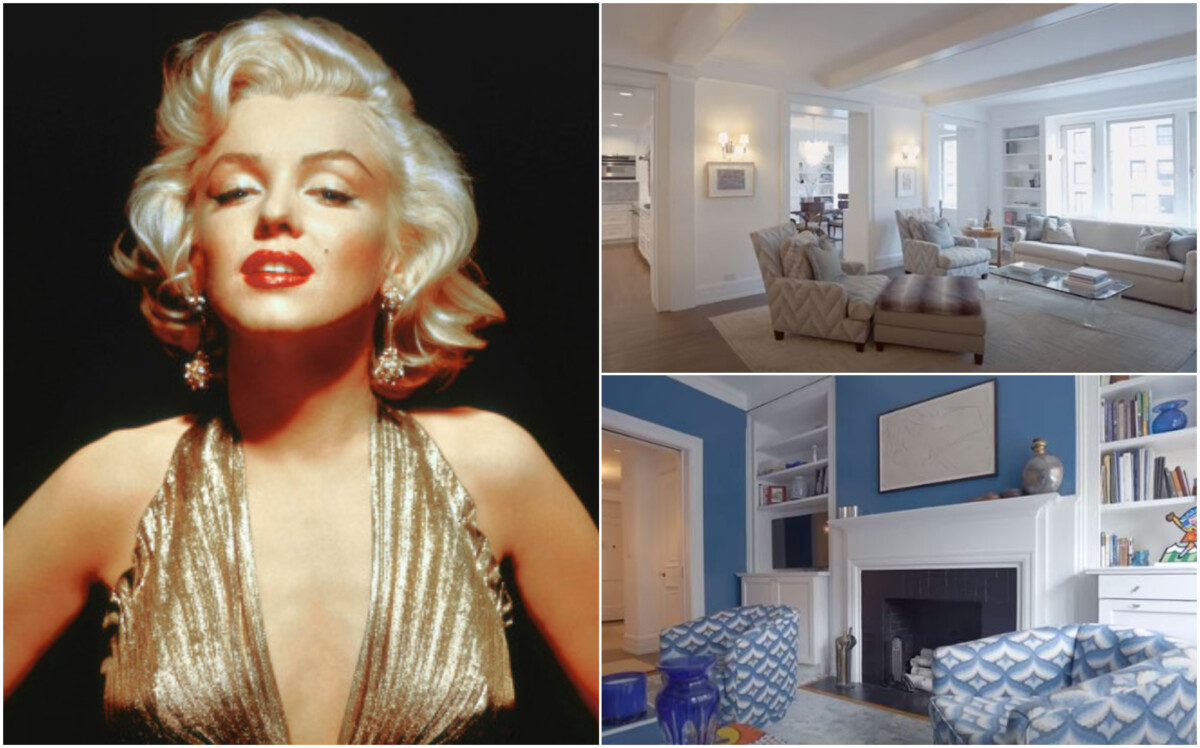 The former home of Marilyn Monroe and Arthur Miller near Sutton Place is for sale for $3,05 million, a significant drop from its original asking price of $3,75 million.

Monroe was married three times, and her last and longest marriage, which lasted five years, was to Miller. During that time, the couple lived in a 1927-story building from 14. The area of ​​the apartment is 203 m2 and offers a beautiful view of the East River. It has a dining room and a fireplace.

It is a prestigious address, they write foreign media. The New York Post notes that designer Bill Blass once lived in the building's penthouse, and that other notable residents of the building have been members of the royal family such as Sweden's Princess Madeleine.

What do the apartments in the building look like?

The apartment itself is one of two on the floor. The listing is from Brown Harris Stevens, whose listing provides more details on the residence's many amenities:

“There is a large entrance foyer leading to a large living room with a wood burning fireplace. In front of the entrance hall there is a toilet with built-in elements. The spacious and contemporary dining room easily seats 10 people and is perfect for entertaining. The third bedroom, currently a library, has a wood burning fireplace, custom closets and sliding doors. The large, exquisite and renovated kitchen with a center island is adorned with marble counters, with an abundance of custom white cabinetry, top-of-the-line appliances including a cooktop, plus two Dacor ovens and two Miele dishwashers."

When Marilyn Monroe and Arthur Miller lived at that address, the legendary actress decorated their home in her own unique style. According to OtSoNY.com, Marilyn's apartment had "white walls and floor-to-ceiling mirrors in the living room after she joined the two rooms. The sofa, armchairs and furniture were white, as was the piano.

Miller hung a picture of her, taken by Jack Cardiff in England, in his study. Although he said it was his favorite picture with Marilyn, he gave it up when he left the apartment.

The New York Post reports that the building's amenities "include a doorman, elevator operator, manager and bicycle storage, but also a fascinating history from the 20th century."

Facts about Marilyn Monroe that you may not have known

Punk icon John Lydon will not represent Ireland at Eurovision

Schwarzenegger hit a cyclist with a car: The woman was rushed to the hospital

PHOTO+VIDEO | "This can't be Madonna!": The new unrecognizable face shocked everyone at the Grammys

PHOTO | Best and worst dressed at the Grammys: A bombshell neckline and a headache-inducing slit