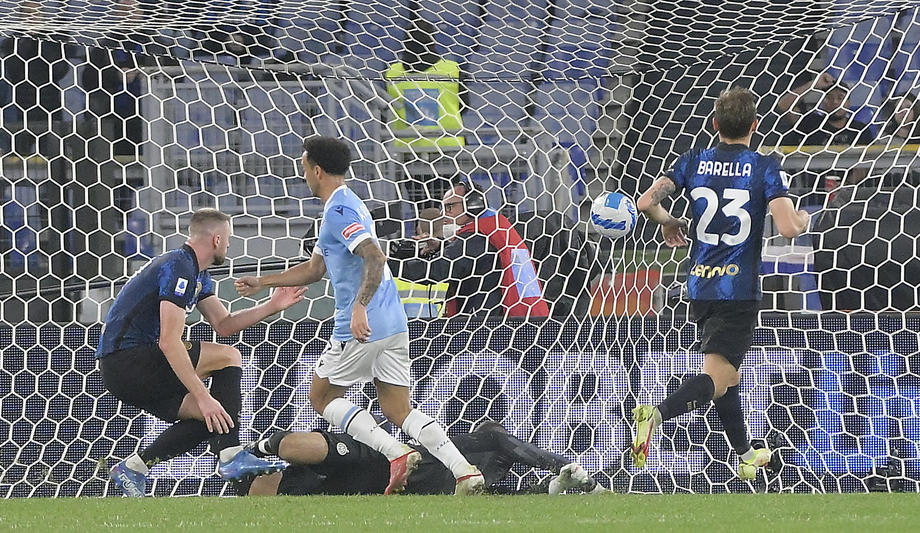 Lazio players beat Inter with 3: 1 (0: 1) in the derby match of the eighth round in the Italian Serie A.

"Nerazzurri" took the lead in the 12th minute with Perisic's goal from the penalty spot. Previously, Hisaj had contact with Barela in the Lazio penalty area, which was enough for referee Massimiliano Irati to point to the white spot. By the end of the first half, there was no change in the result.

In the second half, a penalty was awarded to Lazio, which turned Imobile into a goal in the 64th minute at the "Olimpico" stadium in Rome.

Patrick hit the ball with his head after a corner, which then hit Bastoni's hand, which was confirmed by the VAR room.

In the 81st minute, Lazio took the lead through Felipe Anderson. Earlier, Dimarko remained lying on the grass, Lazio players continued the action, Imobile shot, Handanovic defended, and Felipe Anderson used the rebound and sent the ball into the net.

In the first minute of extra time in the second half, Lazio had a free kick from the right side, Felipe Anderson had a great cross, and Sergej Milinkovic Savic was the highest in the jump and set the final epilogue.

This is Inter's first defeat this season, while Lazio reached its fourth triumph. Earlier, Spezia defeated Salernitana 2: 1 in front of their fans.