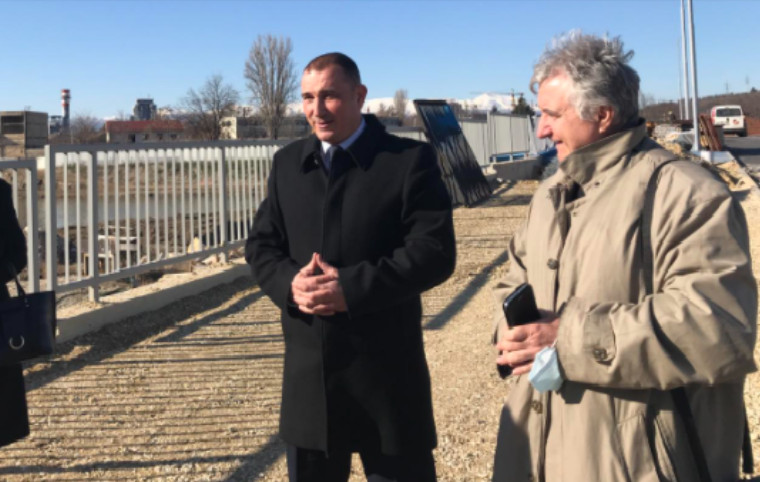 President of the Dignity Party Stojanche Angelov announced today that they will submit to the Government on Monday a renewed initiative for four wounded defenders since 2001 who have been required for several years to repay the monetary compensation they received as compensation from the state.

These are four defenders from 2001, ie Sasho Velichkovski, former captain of the Macedonian Army, currently retired, Zoran Angelovski, former police officer, member of the stronger police unit in 2001, Dimce Manchov from the infantry unit Scorpionelo and Marijan A in the border police.

- We demand that this item be immediately put on the agenda of a Government session, because a few days ago one of the injured defense attorneys, specifically Zoran Angelovski, received a written notification from the enforcement agent that will stop his entire pension, and so far they have stopped one third, Angelov said, pointing out that there is legal justification for making such a decision.

- Despite the strong will of the Prime Minister and the ministers, the decision got stuck in the legal labyrinths in the Government and although we secured the positive opinions, still at the session of the General Secretariat this point did not pass. There were no obstructions by DUI, on the contrary we had support for this initiative to pass primarily because of the humanitarian dimension. I then renewed the initiative and we submitted it again, but we have no answer until today. It is high time for the Government to seriously consider the new initiative and for it to be adopted, Angelov emphasized.

He informed that they are nearing the end of drafting a law that will solve the problem of these people, and the damage they received from the state to be recognized as a fair monetary compensation for non-pecuniary damage. Therefore, the President of Dignity requested a meeting with the new Prime Minister Dimitar Kovacevski, but also with the leader of VMRO-DPMNE Hristijan Mickoski, as well as with representatives of smaller parties in order to discuss the possibility of presenting this initiative as a bill in Parliament.

These people, explained Angelov, were seriously wounded and injured in different periods of time, filed lawsuits against the Ministry of Interior, ie the Ministry of Defense. They were then awarded fair monetary compensation by the basic courts.

- The Ministry of Interior and the Ministry of Defense appealed to the higher Court of Appeals, which upheld the verdicts, after which these brave people received a certain amount of damages, ie compensation for non-pecuniary damage due to ill health, pain, fear, disgrace. Unfortunately, the Ministry of Interior and the Ministry of Defense did not stop here, they continued with appeals, ie extraordinary legal remedies to the Supreme Court, after which the Supreme Court passed a verdict that is controversial, but which annulled the grounds on which these people received damages. People had to repay the money taken with legal interest. For years, these four heroes are returning the amount taken as compensation for non-pecuniary damage, Angelov added.

"Run there, Hey Sous!": Banners in Parliament against Talat Xhaferi