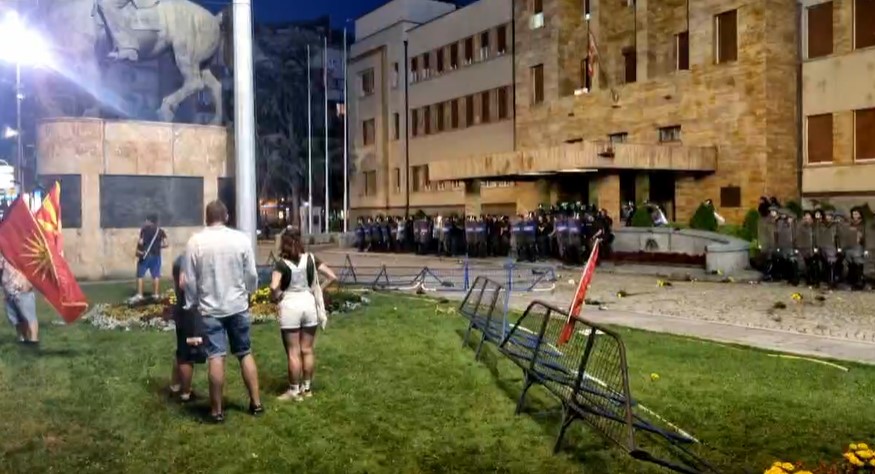 Most of the demonstrators who gathered tonight to protest against the "French proposal" in front of the Government, where they broke through the protective fence and threw bottles, eggs and stones at the police, headed towards the Parliament around 20:30 p.m.

The protective fence in front of the legislature has also been torn down, and the gathered people are singing patriotic songs, demanding resignations from the authorities and a complete rejection of European and Bulgarian demands.

Today's mass protest, the third in a row, started in a tense atmosphere, after today the opposition leader Hristijan Mickoski called the citizens for the most massive participation, because he had information that the authorities will accept the French proposal tomorrow to resolve the dispute with Bulgaria and start negotiations on Macedonia for EU membership.