VIDEO | Dr. Panovski: Monkey measles does not deserve attention, no one in Europe has died from this disease yet 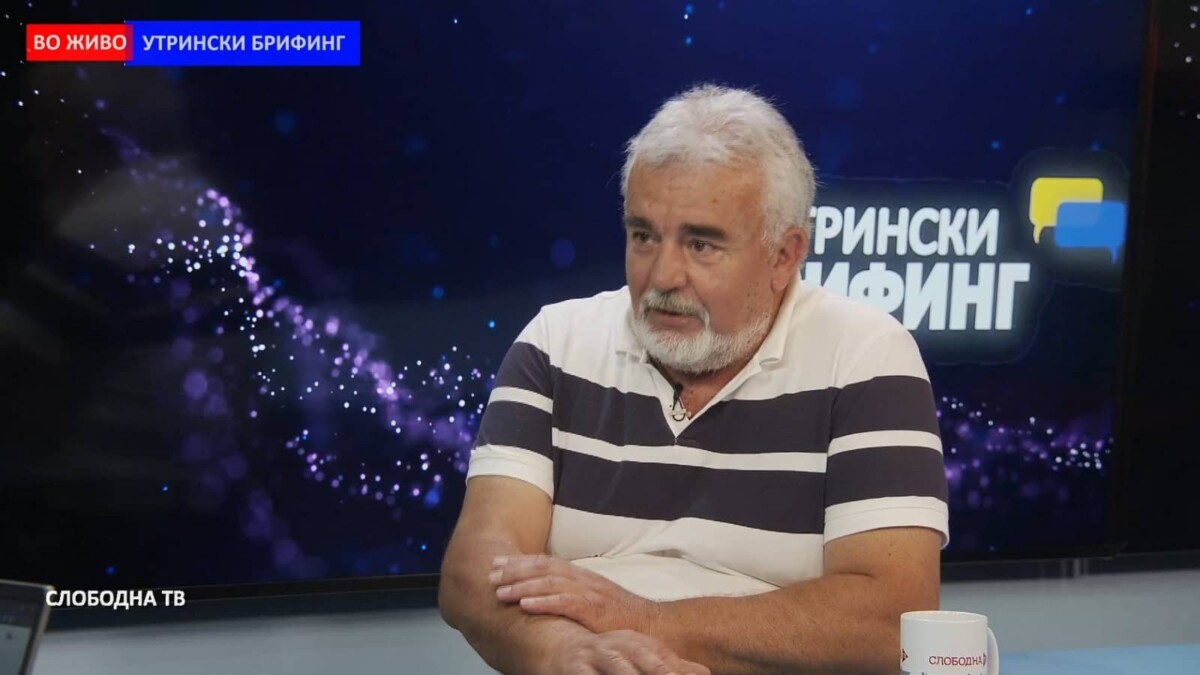 During the covid pandemic, panic and various information about the danger of measles which present themselves as life-threatening and easily transmissible.

- From a sociological point of view, I think that the space that the media had with covid should be filled, they are used to that. Otherwise, measles does not deserve any attention, except for scientific research and epidemiological significance. Meatballs are pox measles. That's when a bubble comes out. This has been going on for decades. The professional name is smallpox, but the English call it resin pox. Our journalists, and sometimes experts translate it as measles. In our country, measles is most often called measles, while resin pox and we and the Serbs, Croats, Russians are called smallpox, explains in the morning briefing the microbiologist, prof. Dr. Nikola Panovski for the fame that is rising around the monkey measles.

Over the years there have been sporadic cases of measles, but measles vaccines provide great protection against this disease.

- The other day I heard the WHO say that if you are vaccinated against measles, 85% of you will be protected from measles. If that were true, it would be great, because everyone has been vaccinated against measles, while those over the age of 51 have been vaccinated against smallpox, which is smallpox. So the Yugoslavs twice, and the rest of the world once. All others have not been vaccinated. Monkey Pox was first isolated in 1958 in Copenhagen. Similar to chicken pox is chickenpox, which we call chickenpox and has nothing to do with sheep. The same family includes smallpox, measles and mumps vaccines. Vaccine is a disease of cows that makes people sick. The rumor has risen as hundreds of cases have emerged in the last month. But unlike smallpox, measles does not cause death, Dr. Panovski said, explaining that blisters are dangerous only if they are infected with bacteria.

He explains that the media publish horrific images of extreme cases that cause fear among the population.

Dr. Panovski in his guest appearance at the morning briefing also referred to the covid pandemic.

- There should be no new wave. Variants that appear on omicrin have milder symptoms. The population acquired immunity through both vaccines and transfusions. In the fall, even if there is a new wave, there will not be 50 but 200 cases and they will be easier. There will be no need for testing either. That happened with the war in Ukraine. Thousands of Ukrainians left the country, no one tested them, the Poles who accepted them did not report infection, Dr. Panovski is decisive.

VIDEO | Dr. Panovski: Monkey measles does not deserve attention, no one in Europe has died from this disease yet

In the last three days, 290 covid-cases have been reported, with no deaths

Sela: Macedonia should continue on the path of European integration, there should be no other option

Osmani: I never mentioned that there would be an inter-ethnic conflict

The French proposal will go to the plenary, small parties are asking for changes to the document to give their support

The BESA movement accepts the French proposal: When the constitution is opened, remove the "20%" and write the Albanian language

GRECO report: The fight against corruption shows minimal progress, insufficient for the state

SDSM: Mickoski says one thing at press conferences, and says another through announcements