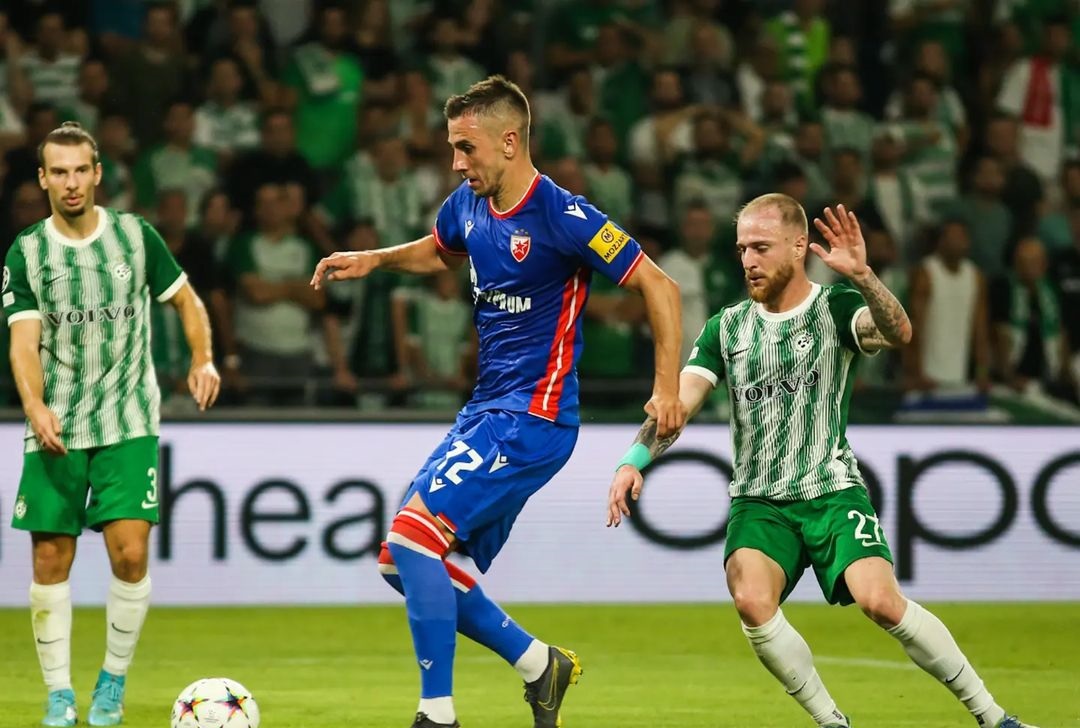 Crvena Zvezda will chase a negative in the second leg against Maccabi Haifa/Photo: instagram.com/crvenazvezdafk

Maccabi Haifa defeated her at home Red Star with 3:2 in the first match of the play-offs for placement in the groups of the Champions League.

In a match full of twists and turns, the Israelis took the lead in the first half with Pierrot's goal in the 18th minute.

Two goals followed for the Belgrade "red and whites" through Pešić in the 27th minute and the Gabon international Kanga in the 40th minute.

In the second half, a new twist followed, Maccabi Haifa first equalized in the 51st minute when Pierrot scored for his second goal of the match, and the final epilogue was set by Cheri in the 61st minute.

The second leg between Crvena zvezda and Maccabi Haifa will be played on August 23 at the Rajko Mitic Stadium in Belgrade, Serbia.

Two more matches were played on Wednesday, Karabakh drew goalless at home with Plzen, Benfica celebrated on a visit to Dynamo Kyiv with 0:2. The Portuguese triumphed with the goals of Gilberto in the ninth minute and Ramos in the 37th minute.