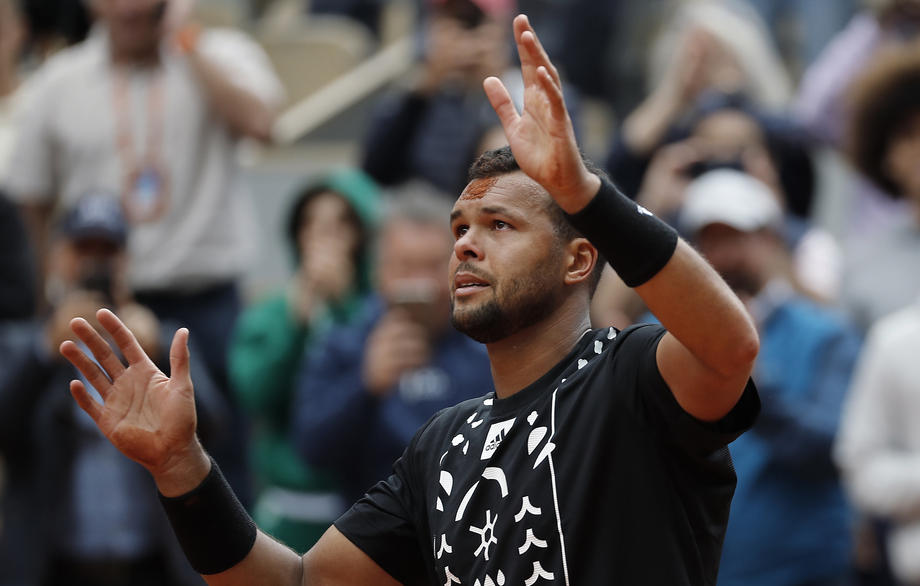 He had his best performance in 2008 when he played in the final of the "Australian Open" against Novak Djokovic.

In his best days, the French tennis player was fifth in the ATP rankings.

Tsonga (37) today had the last match of his career, at home in front of his Roland Garros fans.

He started well, winning the first set with 7: 6 against the eighth world racket, the Norwegian Kasper Rud, but did not retain the lead.

He did not make a surprise, his back and shoulders did not last and after almost four hours of fighting on "Philippe Chatrier" he ended a great career.

The emotions were great, so much so that the Frenchman barely managed to serve a match ball, so many people cried in the stands. Tears flowed, he wiped them away, the fans chanted. And that was the last point. Out of respect, Rudd did not even celebrate the victory, and sent a few words on the net to the opponent, whom he sent to retire.

He won 18 ATP titles, was a two-time finalist at Wimbledon and Roland Garros, and because of his special tennis expression and fighting spirit, he had the special sympathy of the tennis audience. According to many, he was the tennis player "Muhammad Ali".

PHOTO: The Dimushevski family returns to the racing asphalt