VIDEO: The man who lost his sisters in the Cetinje massacre calls for the release of Vuk's killer 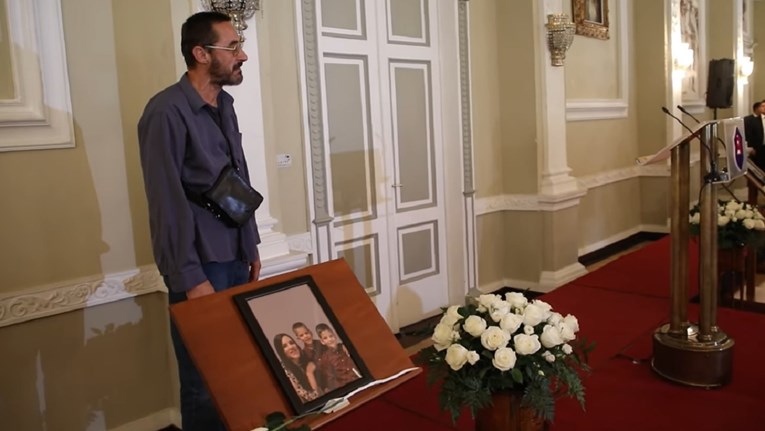 After the massacre that happened on Friday in Cetinje, when 11 people were killed, a commemoration of the victims was held today in the government house in Cetinje. The commemoration began with a minute of silence and a message was sent that Cetinje is not alone in its mourning and that the whole of Montenegro is mourning, H1 reports.

"The tragedy in Cetinje, in which 11 people lost their lives on Friday, is a warning to everyone that everything should be done to prevent such a tragic event from happening again," said the mayor of Cetinje, Nikola Đurašković. He pointed out that a tragedy of unprecedented proportions hit Cetinje and Montenegro and left everyone in shock.

He added that there is no word of comfort for the families.

"With special respect we will remember our Natasha and her angels Mashan and Marko, our Danica, Dimitrije, Rajko, Aleksandar and Mila, Mitra, Goran. Their brutally interrupted lives remain part of our memories, but also a warning to everyone to do everything to prevent such a tragic event, never to be repeated," said Gjurashkovic.

After the commemorative session, Teodor Radunović, who lost his two sisters in the attack, addressed the authorities with a request that the man who killed the attacker Vuk Borilović be released and that the authorities not charge him with a crime.

Radunovic called for the release of the man who, he said, stopped the bloody feast in Cetinje. "For the children that this man has to not be without a father for the second time, please do not charge that man," said Radunovic and said that his act was heroic, reports RTCG.

After his short speech, a series of applause followed in the hall.