VIDEO: A man burned his hand in the middle of a tennis match at the "Laver Cup" in London! 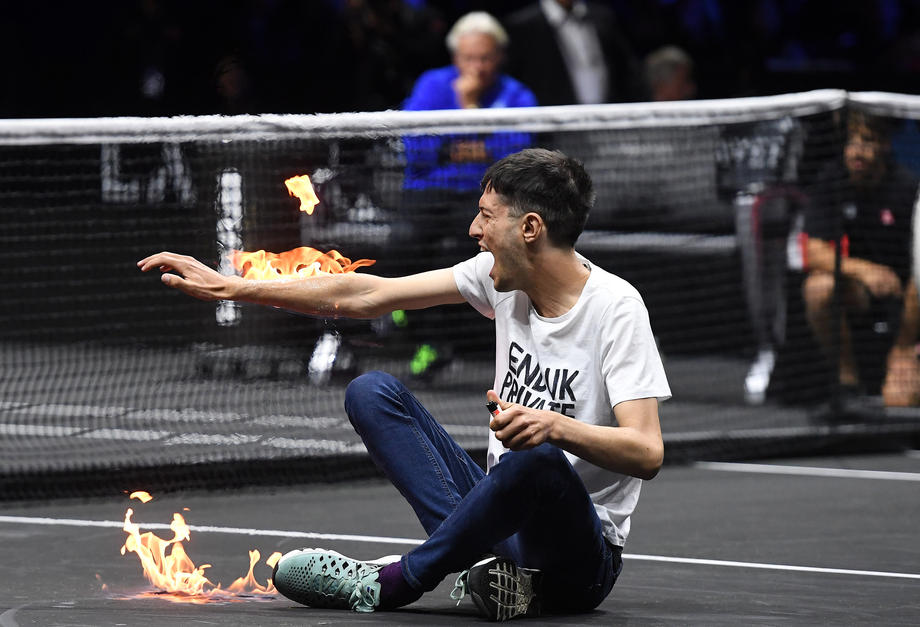 An extraordinary scene of the match between Stefanos Tsitsipas (Greece) and Diego Schwartzman (Argentina) in "The Laver CupIn London.

The Laver Cup has started, a tennis spectacle in London, the "Team of Europe" won two victories today.

Tonight's main event will be the last match in his professional career Roger Federer, in pairs with Rafael Nadal, but before that an unexpected incident occurred at the Laver Cup.

According to the information, the person wanted to show some form of protest and on that occasion he set his hand on fire in the middle of the field. His shirt read "End of UK private jets', as part of a protest against the use of private jets in the UK, presumably to point out damage to the natural environment.