VIDEO | Chapovski: Macedonians from Yugoslavia took the worst - corruption and turbofolk, and Slovenes the progressive 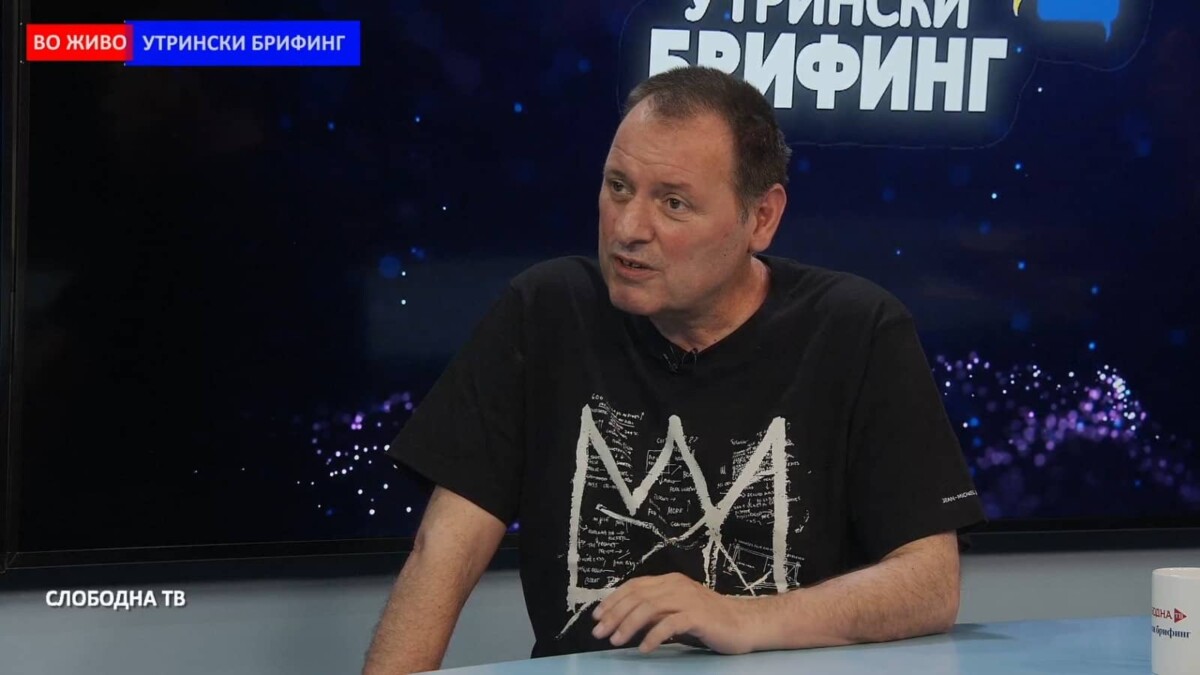 Through music, musicians express their attitude, their opinion and remain consistent throughout their duration on the music scene. Such is the example with the cult Macedonian group "Mizar".

- The expressed attitude always costs a lot. But as for the music concept, we have not made many compromises. We keep that concept of Balkan, Macedonian folklore with a mixture of Byzantine and modern electronic music to this day, so there is no compromise here. One example really cost us. When we were in 1988, we were with Oliver Mandic, he told us, before the first album we recorded in Ljubljana, sing in Serbo-Croatian and we will release the album. Mandic was then the editor of PGB-RTB. We were with Goran Trajkovski, it was clear. We did not agree, a person expresses himself best in his mother tongue, all emotions are best expressed that way and it may not have cost commercially, but I think it is very fashionable to express yourself and sing in your mother tongue, the attitude from that aspect may It seemed less commercial success, but we remained on the position, says Gorazd Chapovski, frontman of the group "Mizar".

Regarding the messages that the Mizar group has been sending over the years, Chapovski says that the messages should be viewed in a historical context:

- At that time we were an alter environment with our own views. Our point was to overthrow a totalitarian system, to have freedom of speech, parliamentary democracy, everything that may not exist today. That generation in the 80s was like that. In 1985, because of that, our video ended up in a bunker on the Croatian television, although there was nothing special, but that was it. "People were not aware, there was confusion," said Chapovski.

The musician admits that in his youth he was actively involved in politics and was a member and one of the financiers of VMRO-DPMNE, but later left the party:

- I had a membership card number 64 of VMRO-DPMNE. I was one of the first financiers of VMRO-DPMNE. We sold a concert in MKC and gave all the money for badges, T-shirts and other material for the party. I was an activist for a long time but I left. At the referendum on September 8, 1991, I voted for an independent Republic of Macedonia, for ours to be the sovereign, for us to decide who will be in power through elections, to decide on our destiny under the name of the Republic of Macedonia. But I saw that those ideals are not my ideals, completely different values ​​and other games are. I am not a member who can give anything in those circumstances. However, I am an alter musician, and those goals and concepts are more restrictive, says Chapovski.

He believes that Macedonia has never been more democratic than in the period 1988-92.

- Macedonia has been making mistakes for 30 years. He does not know where he is going, what he is doing. But because of our incompetence, you see where we are. The work is complicated, we learn very little from our history, says Chapovski.

He announced that he would soon go to Slovenia to see "how things are there":

- We from Yugoslavia took the worst - corruption and turbofolk, the Slovenes took the best. They are where they are. They had one Kucan, they took the most beautiful things, the progressive, cultural things from Yugoslavia, the Macedonians took turbofolk and corruption. "Yugoslavia disintegrated because it was not a democratic country, it was not democratized, a pawn of many forces," said Chapovski.

Saint Clement's University in Plaoshnik will be restored, the Government continued the project