VIDEO: All match for Ademi against West Ham, Katai is the hero of Red Star 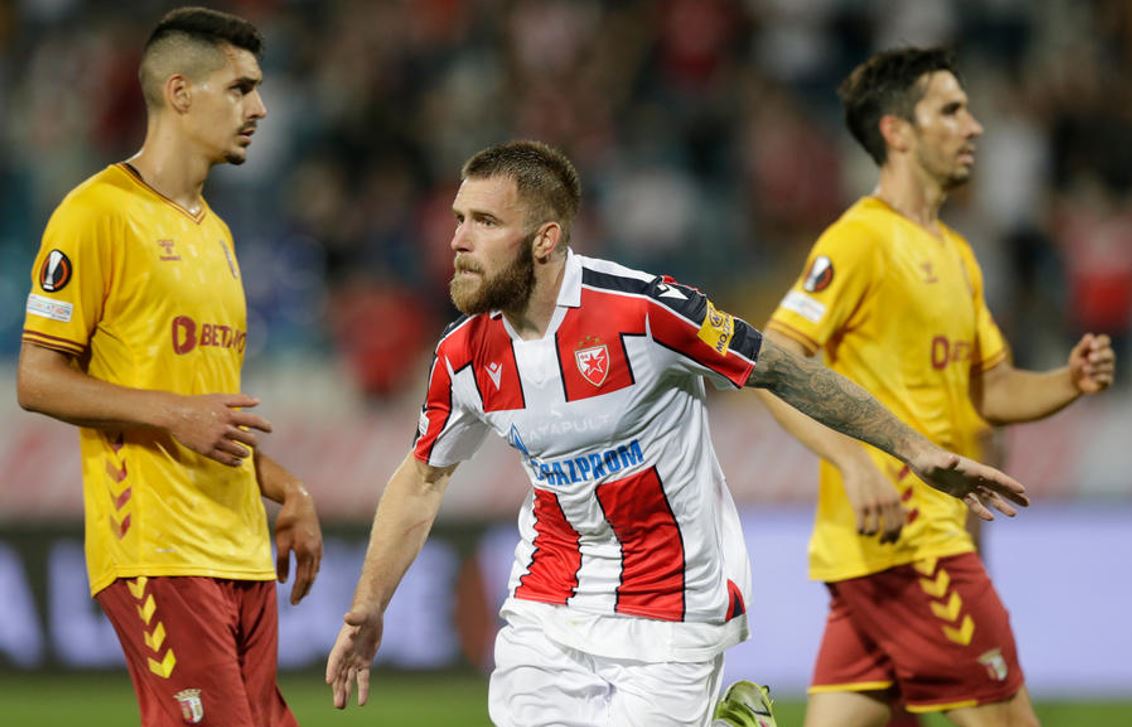 Belgrade "red and whites" have a result of 45 wins and five draws / Photo: EPA-EFE / ANDREJ CUKIC

The excitement in the Europa League started, in the first round of group "X" Dinamo Zagreb lost at home to the team of West Ham with 0: 2.

The English club reached the first three points at the "Maksimir" stadium with the goals of Antonio in the 22nd and Rice in the 50th minute of the match.

What is good for the best Macedonian national team, the whole match for the Croatian team was played by Arian Ademi who is the captain of the "blues".

The second Macedonian in the ranks of Dinamo, Stefan Ristovski, who was also a starter, played until the 63rd minute when he was replaced by Moharami.

In the same group, the Belgian KRC Genk triumphed over the Austrian team Rapid Vienna (0: 1), the only goal scorer was Onuachu in the extra time of the second half (90 + 2`).

In Group F, Red Star recorded its first victory after being better with 2: 1 against Braga. The nets were still after the first half at the stadium "Rajko Mitic" in Belgrade, in the 75th minute Rodic gave the advantage for the Serbian representative after the assistance of Kanga, immediately in the next attack of the Portuguese equalized Galeno.

The hero of the Belgrade "red and whites" is Katai who set the final epilogue in the 85th minute, scoring from the penalty spot. In the second match of the group, the teams of Midtjylland (Denmark) and Ludogorets (Bulgaria) drew.

In today's other matches from the first round of the Europa League: Bayer Leverkusen - Ferencvaros 2: 1, Betis - Celtic 4: 3, Galatasaray - Lazio 1: 0 and Lokomotiv Moscow - Marseille 1: 1.