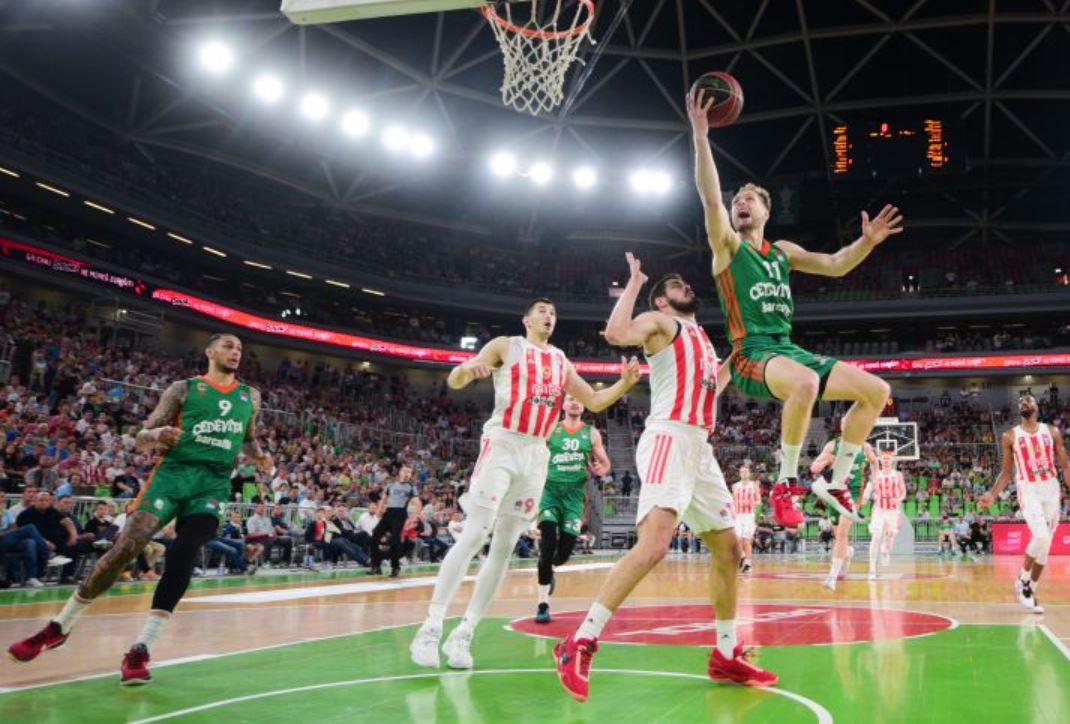 The basketball players of Red Star were defeated on the road after extra time by Cedevita Olympia with 88:80 in the second match of the semifinal series of regional ABA league.

The Slovenians managed to equalize against the Serbian team at 1: 1 and thus fought for the "master" for the final in the ABA league. And the same result is in the second semifinal match between Partizan and Buducnost.

The most efficient in the ranks of Cedevita Olympia were Edo Muric with 21 points (seven rebounds), Jaka Blazic scored 12 points, and Zoran Dragic and Kevin Farrell had 11 points each.

On the opposite side for the Belgrade "red and whites" was the first scorer Ognjen Dobric with 15 points, Austin Hollins and Nate Walters scored 14 points each, and 11 baskets were the work of Luka Mitrovic.

The third decisive match in the series is scheduled for Wednesday, May 18th in Belgrade.