VIDEO | Bulgarian prosecutors with new details about the accident: Possible reasons why the fire ignited quickly 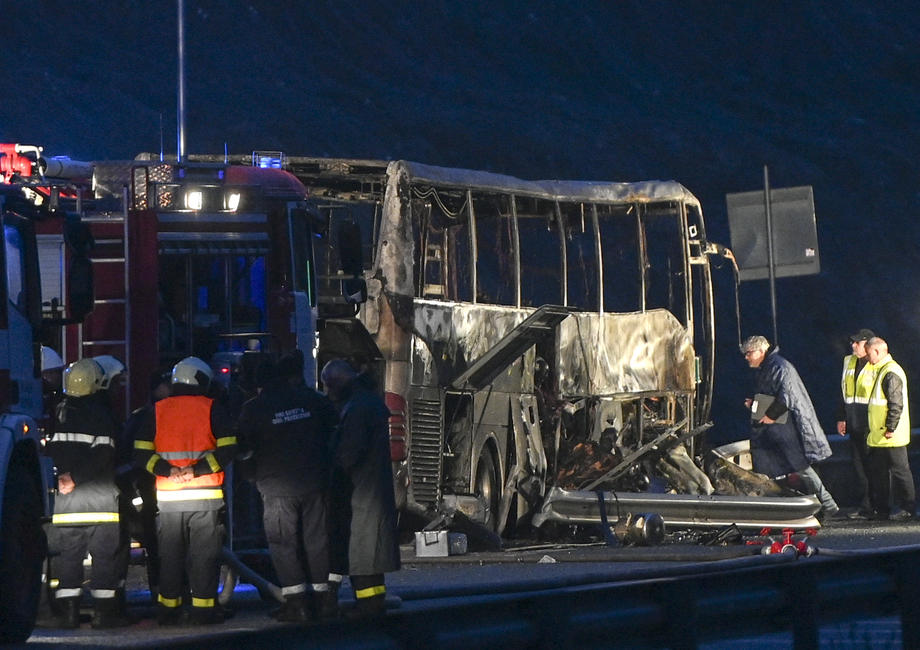 The cause of the fire and the location of its original source in the bus with Macedonian tourists returning from Istanbul, which happened on the Struma highway, are known, prosecutor Biser Mihailov and investigator Marian Marinov, who are working to shed light on the tragedy, told BTV.

Marian Marinov refused to reveal the cause of the fire and said he would "leave it to the experts" who already have their "theses". However, the investigator comments that a large piece of protective fence for the tire was "strung" in the Macedonian bus next to the front door, a "bent accordion" was found and "the plastic cistern was destroyed".

"You can imagine the friction and sparks," Mihailov said.

The investigator added that the bus was old and "recycled" in Turkey and that all its equipment had been replaced and it was yet to be clarified whether the new one was "non-factory".

Their full guest appearance in the show "Face to Face" see it here.