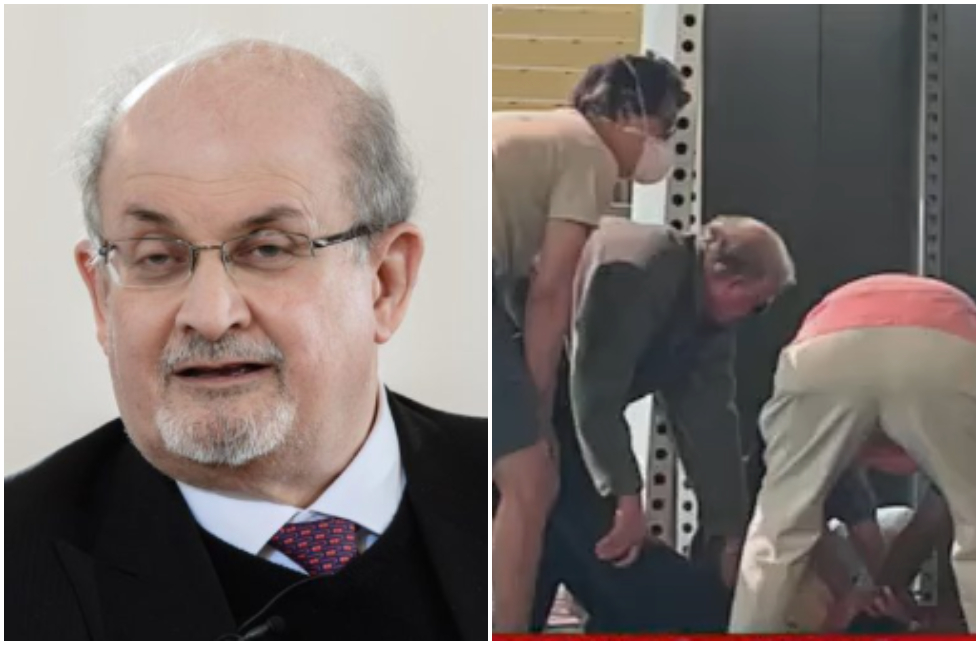 British writer of Indian origin Salman Rushdie was attacked today at an event in the western part of the state of New York, local media reported.

Police in Chitakwa County, where Rushdi was scheduled to speak, confirmed that a man had been stabbed, without identifying him.

American media reports that Rushdi was stabbed in the neck with a knife and was rushed to the hospital.

The 75-year-old Rushdi is known for his book "Satanic Verses", which has been banned in Iran since 1988.

The UK writer was forced into hiding for a decade after Iran's Ayatollah Khomeini issued a religious decree (fatwa) ordering believers to kill the writer for the novel's alleged insult to Islam.

In 1998, the Iranian government announced that it did not support the fatwa, but also that it would not withdraw it.

According to Islamic doctrine, a fatwa once issued can never be withdrawn, especially if the religious leader who issued it died in the meantime, as was the case with Khomeini (1902-1989).

Rushdie entered the world of literature in 1981 with the novel Midnight's Children, set in his native Mumbai, which begins at midnight on August 15, 1947, the moment India gains independence from Great Britain.