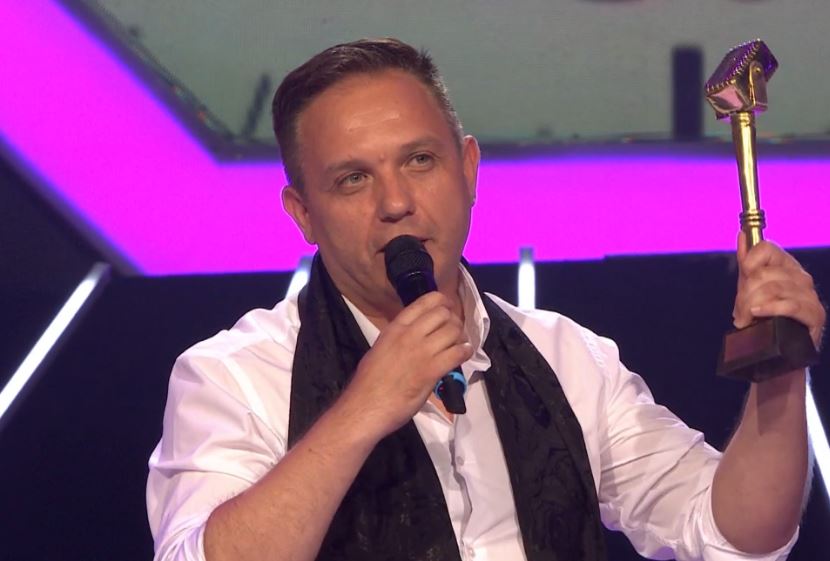 After ten months of great vocals, hard work of the candidates and incredible perseverance, last night the winners of the Serbian music show were announced "It's never too late".

Twelve maestro candidates competed for the flattering title of winner chosen by the audience via SMS voting, online via Facebook and the votes of the jury that gave their judgment through the live involvement of 19 eminent figures from the world of music.

The man from Skopje was among the finalists Boban Canevski, who entered the finals with a performance of a song by the deceased Aki Rakimovski.

The flattering title of winner was won by Boban Canevski, who won as many as 1.892 votes. Canevski was in shock, but happy when the audience sent him off with a thunderous applause.

The best via Facebook votes isDubravko Biondic - Dubai, and the winner of the jury is Amer Cengic.

VIDEO | Dragana Kostova from Strumica delighted in "Stars of Grand"