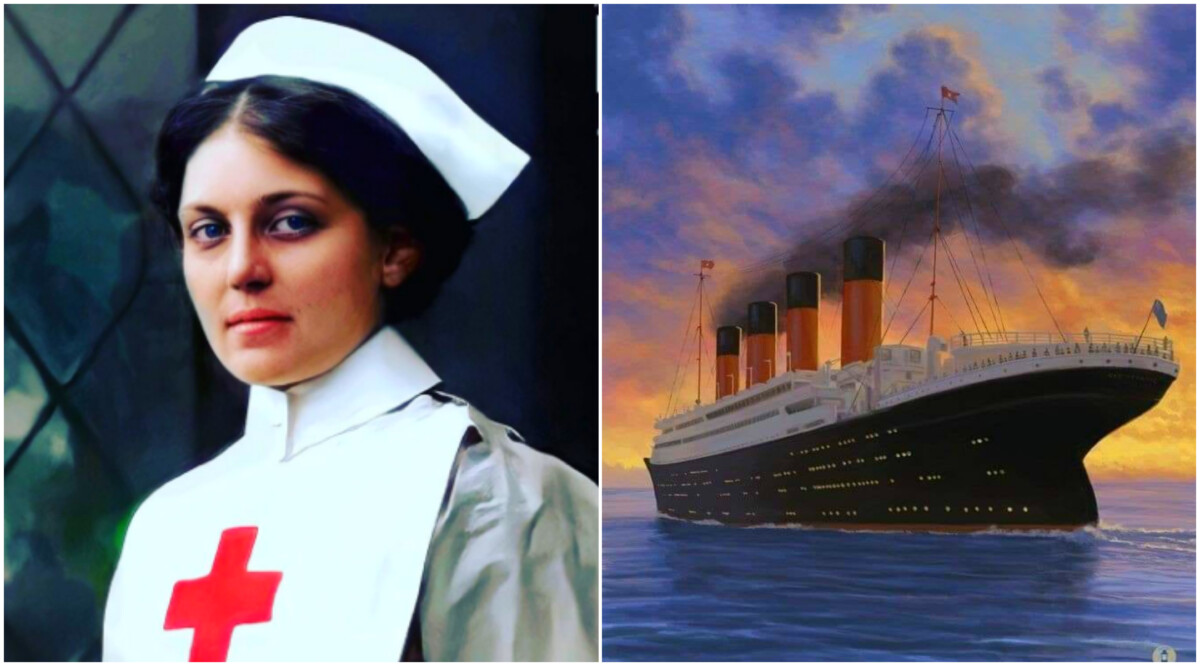 Britain's Violet Jessop is a historical figure that few know about - and she has incredible luck or misfortune, depending on how you look at things.

She was born in Argentina in 1887, the oldest child in a family of Irish expatriates. As the oldest sister, she devoted herself to caring for her eight younger siblings as she grew up, and that care permeates her work and character later.

What is fascinating about this woman is that she was on three world-famous ship trips, and survived all three shipwrecks - the "Titanic", the "Olympic" and the "British"

As a little girl, she survived tuberculosis, although doctors' prognosis for her condition was not optimistic. At the age of barely twenty, she devoted herself to her career as a flight attendant on the large passenger ships that are being updated in that period, and the shipping industry is experiencing a huge boom.

At that time, only certain women had such a profession and this girl returned after each voyage with at least a few marriage offers, which she rejected all, even the richest bachelors.

Violet's first job was on the Orinoco in 1908. She later changed companies and began working on the Olympic. With this offer she got the opportunity for more finances and a chance to direct her future in her favor.

The Olympic ship ended ingloriously in an accident that looked like it had been completely crushed, but Violet miraculously managed to escape. He later boarded the cult ship Titanic and first sailed with it on April 10, 1912, four days before the ship sank to the bottom.

Violet, who had already experienced shipwrecks, remained cold and sober when the Titanic hit the iceberg. She helped many people reach the lifeboats, and when she sat alone in one of them, they put a small child in her arms and asked her to take care of him. A real water heroine!

After this fatal accident, you may think that Violet will give up working on a ship. But no. The next destination for her was the hospital ship "Britannik". In 1916, the ship ran into an underwater mine in the Aegean Sea and literally sank. The ship sank for almost an hour and claimed 30 lives. Violet successfully survived, although she survived the pressure that dragged her into the depths and regained consciousness from hypothermia.

The "irresistible Miss", as the world media called her, continued to work at sea. She sailed for years, until the end of her employment when she retired in 1950.

Cece Nikolova brave for the fight against alopecia: Red lips are red lips without eyelashes and without hair, right?