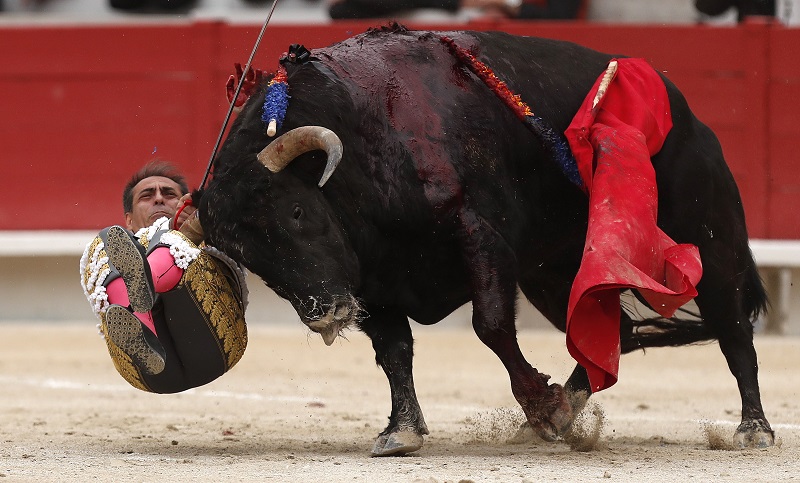 Several people were injured after a bull jumped over a fence and fled the arena during a popular rodeo in northern California, reports The Guardian.

The bull jumped over the fence and then ran through the crowd of spectators and through the parking lot before being caught near a bridge near the arena.

#California
"Here's the moment a bull escaped the Redding Rodeo Friday night, striking 6 people near the Sundial Bridge and sending one woman to the hospital."
pic.twitter.com/fD5zpB5xkW

"It was an experience to be hit by a bull," said one of the injured. "To be honest, I did not feel that at the time because my adrenaline was running high and I had to make decisions in a second."

At least one person was injured near the Sondial Bridge, where the animal was finally caught, put in a trailer and returned to its ranch, police said.

"We wish all the best to all those affected." "The safety of our fans is our highest priority and we appreciate their support," the Reading Rodeo Association said in a statement.

The incident happened on the third day of the four-day annual rodeo.