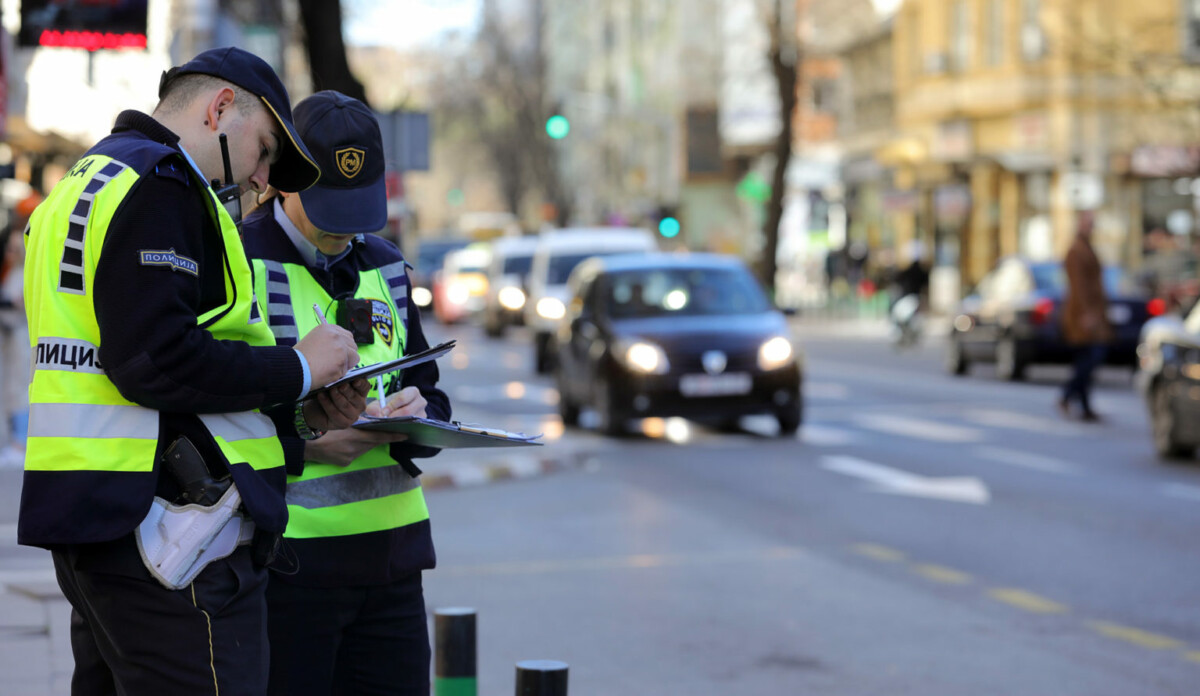 If you drive under the influence of alcohol with a concentration of at least 1,50 g/per mil in the blood, or drive under the influence of drugs, psychotropic substances or precursors, or drive in a prohibited direction, overtake a line of vehicles in an unobservable place or drive at a speed exceeding 70 kilometers per hour over the permitted, according to the new article 403 in the proposed text of the Criminal Code, will constitute reckless driving of a motor vehicle and will be considered a crime.

"Participant in public traffic recklessly who does not comply with traffic safety regulations and thereby endangers public traffic by driving in a state of driving incapacity caused by the use of alcohol at a concentration of at least 1,50 g/permilli in the blood, drugs , psychotropic substances or precursors, driving in a prohibited direction, overtaking a convoy of vehicles in an unobservable place or driving at a speed exceeding 70 km per hour over the permitted one will cause danger to the life or body of people shall be punished with a fine or imprisonment for up to three years" , provides the new article 403 of the proposed Criminal Code.

The Public Prosecutor's Office of the Republic of North Macedonia clarified for MIA that some of the actions that were previously punished as misdemeanors will now be raised to the level of a criminal offense.

"It is a matter of criminal responsibility in the mentioned cases even if there is no direct harmful consequence - caused traffic accident. With this, in practice, some of the actions that were previously punishable as misdemeanors will now be raised to the level of a criminal offense", emphasized the JO.

From there they say that if the law is adopted in the proposed form, the Public Prosecutor's Office will apply the new legal solutions.

Whether this new article will really serve its purpose and contribute to increasing the awareness of drivers in the country are questions for which MIA asked interlocutors who are responsible for this issue to answer.

This article is one of the novelties in the proposed Criminal Code, which has already been published on ENER, and as announced by the Minister of Justice Nikola Tupancevski, after a wide discussion about it, should be adopted by the end of the year.

The lawyer Amar Eyup says that the most important element in crimes related to public traffic is the consistent application of the articles in the laws by all involved institutions, as well as a faster and more efficient judicial system, which will deliver verdicts in a reasonable time.

"For me, in practice, the most important element in these criminal acts that are against public traffic and safety is the consistent application of the articles. And the old article is not that it was so inapplicable or poorly written, but the consistent application by the Ministry of the Interior, by the traffic police, the inspection, as well as the consistent application in relation to the penological point of view, i.e. evident from the penology, both the previous article and the current article provide for the same penalties, meaning up to three years in prison. But in my opinion, they should take preventive action, because when such crimes are committed, they can be avoided more, not by threatening high fines, but by publicly informing people that public traffic is a means, a common good, and not rampage" , lawyer Amar Eyup told MIA.

According to him, the consistent application of the law will lead to more results because, as he points out, there are situations in which a person is injured by reckless driving, and the perpetrator receives a fine, while in situations where material damage is caused as a result of reckless driving , the offender receives more severe penalties such as probation.

"Because man, as the center of the universe, should be valued more, because his life and his bodily integrity is much more important for our society than property," emphasized Eyup.

Compared to the previous cases in the examples of the publication of speeding on social networks and similar offenses where the perpetrators of those activities are not punished or receive very low penalties, he says that the Ministry of the Interior should have better conditions for detecting these offenses and accordingly punish the perpetrators, but also that other laws and legal norms should be changed.

"Some other laws and legal norms need to be changed here, such as the law on traffic and road safety, as well as the law on misdemeanors, where in these situations mostly a fine or a penalty for revocation of the driver's license is provided. But I will say again, the effectiveness of the law is in the consistent application of the law, for reasons that if the offense was committed this year, the person who committed the crime will bear the consequences after a year or two years, if the punishment reaches him a little faster and more efficiently. I'm talking here if the entire judicial system is more efficient, I think that the results will be much faster and more effective in relation to such driving in traffic," Eyup said.

This solution is proposed following the example of the Criminal Code in Croatia, which has been in force since 2011. Article 226 of the Croatian Criminal Code is almost the same as our proposed law, in that it is stricter in terms of speed and allows a maximum of 50 kilometers per hour over the permitted speed limit. The spokesperson of RSBSP, Dejan Andonovi. for MIA, he emphasized that all these coming innovations will improve the safe participation of the traffic.

"Even without this novelty, it is known that if you drive faster than the legal limit, drive a motor vehicle under the influence of alcohol or disobey prescribed traffic signals, it is called reckless driving. We believe that all these coming novelties will advance, let's say in some way, the safe participation of the traffic", says Andonović.

Regarding the question regarding the campaigns of RSBSP to increase the awareness of the citizens and whether it is the campaigns or the punishments that have a greater impact in that direction, Andonović answered that a combination of repressive and preventive measures give the best success in respecting the prescribed rules and regulations.

"In principle, it has been shown that only repressive measures or only preventive measures do not give great results. A combination of repressive and preventive measures gives the best success among citizens to comply with the prescribed rules and regulations. With positive campaigns we go positive, and of course we try through them to raise public awareness and traffic culture among our citizens and road users, because it is very important to raise public awareness. We know what's funny and what's not, and what we don't know is why we have laws, prescribed rules and regulations. "Any violation of those rules and regulations means that awareness is not raised enough," he explained.

While regarding the campaigns for greater safety that RSBSP implements at different times of the year, he said that according to statistics, high temperatures during summer periods are much more dangerous for participation in traffic.

"It is very important to point out to the citizens that it is not only winter conditions that are dangerous for participating in traffic. Statistically speaking, summer periods and these high temperatures are much more dangerous for participation in traffic. Now we are witnessing high temperatures, increased frequency of traffic due to the annual vacations and hence every year at this time we carry out that summer campaign", he emphasizes.

The appeals are clear, emphasized Andonović, we appeal first to the citizens who are going on long distances to drive for only two hours, to rest for half an hour, to drink a cold drink, to always have cold water in the vehicles where they travel, so you don't have to rush if you are going to a more distant destination, obey the prescribed rules and regulations, watch the road conditions.

"But also pay attention to the high temperatures, today most vehicles have air conditioners, but if it's 20 degrees Celsius there, and it's 40 degrees outside, when you go out suddenly, some unwanted health effect can occur, underlined Andonovic.

From this news, the Ministry of the Interior expects an improvement in the general safety in road traffic

The Ministry of Internal Affairs says that with the mentioned article 403 of the proposed text of the new Criminal Code, an improvement of the general safety in road traffic is expected both on a repressive and preventive level.

"The mentioned Article 403 of the proposed text of the new Criminal Code, which, as a novelty, prescribes and regulates the reckless driving of a motor vehicle, would in practice represent a reclassification of the mentioned offenses into criminal acts, and it is expected to improve the general safety in road traffic, as on a repressive as well as a preventive plan, which would contribute to reducing the number of traffic accidents", the Ministry of the Interior explained to MIA.

As the most common factors for traffic accidents, according to the data of the Ministry of the Interior until 2021, the last 10 years in the first place is speeding, followed by disobeying the rules for right of way, failure to keep to the side and direction of movement, illegal movement and turning, as well as driving under the influence of alcohol.

The Left submitted the initiative for a referendum in the SEC