VIDEO: Bardi with an assist in the triumph of Levante against Rayo Vallecano 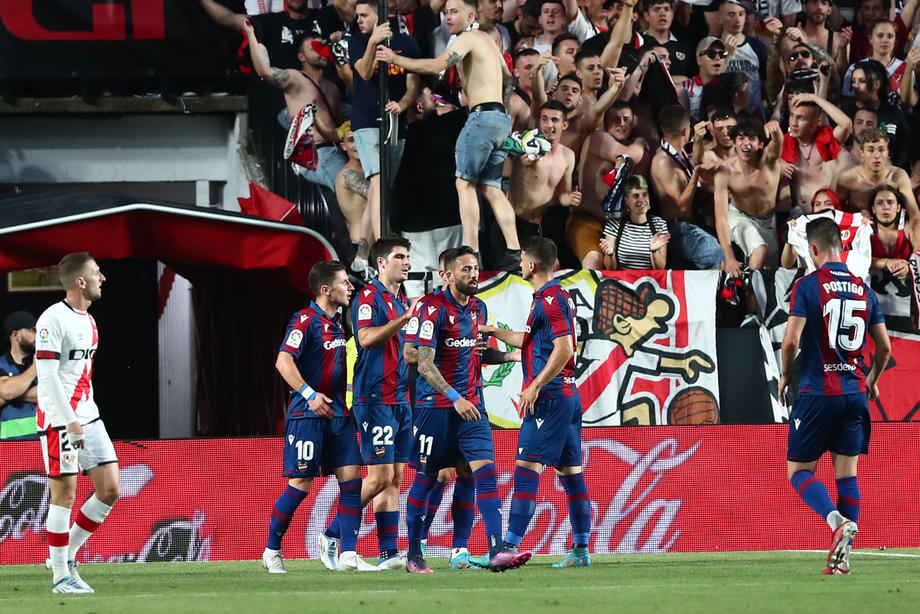 In the last 38 rounds of the strongest Spanish championship the composition of Levante celebrated on a visit to Rayo Vallecano with 2:4.

For the hosts the Macedonian national goalkeeper Stole Dimitrievski watched the match in Madrid from the bench, his teammate Luca Zidane got a chance.

In the first half, Rayo led with Garcia's goal from the 18th minute, followed by the turn of Lisci's players.

Melero equalized in the 26th minute, Marty in the 44th took care of 1: 2, and Melero scored his second goal of the duel just before the break after the assistance of Enis Bardi. Our player finished the season with three assists.

Guardiola reduced from the penalty spot in the 61st minute, and the final epilogue was set by Koke in the 76th minute.

Levante "woke up late" when it came to survival, in the last five matches of "La Liga" recorded three wins, one draw and one defeat, but that was not enough, won the penultimate 19th position with 35 points and will play next season in a lower rank ("Segunda").

Another was played tonight, the champion Real Madrid at its "Santiago Bernabeu" drew without goals with Betis.