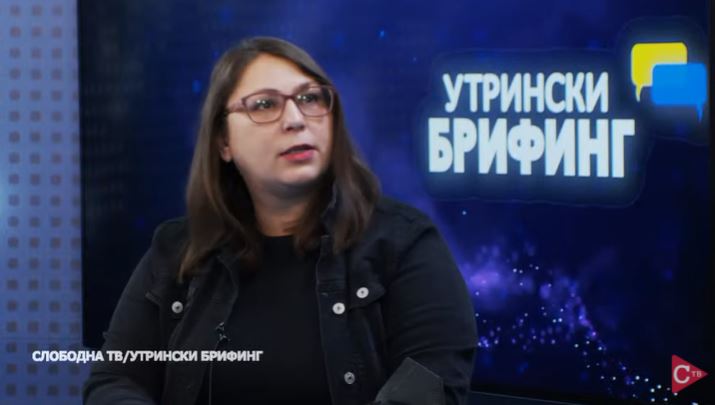 Statistics and research both worldwide and in our country show that violence against women is a general social problem and that violence most often originates from a marital or extramarital partner. The amendments to the Criminal Code, which are in the parliamentary procedure, envisage a gender-sensitive dictionary instead of a gender-neutral one, and new criminal acts are introduced.

"We welcome the decision to start this process of amendments to the Criminal Code, which are in line with the Istanbul Convention. New crimes are introduced in the spirit of the Convention, ie a ban on female genital mutilation, the act of "stalking" is introduced, then sexual harassment and the glossary of gender-based violence is expanded. Also, for all those crimes that are, for example, physical violence, bodily injury, grievous bodily harm and the most serious crime - murder, an aggravating circumstance is introduced if it happened as domestic violence, ie gender-based violence against women. One of the novelties that is introduced is the consent in the crime of rape. Consent will be a basic element that will qualify the act as rape, and not as previously defined by force, threat of force and resistance.

What we did not see in the proposed amendments to the Criminal Code is sexual harassment in the Internet space, a very current topic that has been very popular in the public for the last two years, not only with "Public Room", but also with other similar groups in which they exchanged photographs without the consent and knowledge of women and images and personal data were given in a sexual connotation. Another thing that we think should be covered, in relation to the crime of rape, is as an aggravating circumstance to be provided if the crime was committed by a current or former intimate partner. Also, in the proposed amendments, we do not see psychological violence as a separate crime, which is more difficult to prove and report. ", Says Ana Nushkova Avramovska from the National Network against Violence against Women and Domestic Violence for the Morning Briefing.

According to her, with the increase of the fines and with the full coverage of all forms of violence, the perpetrators will be given a clear message that they will not be able to pass easily, without an appropriate criminal sanction.