VIDEO: Plane lands and catches fire in the middle of a highway in California 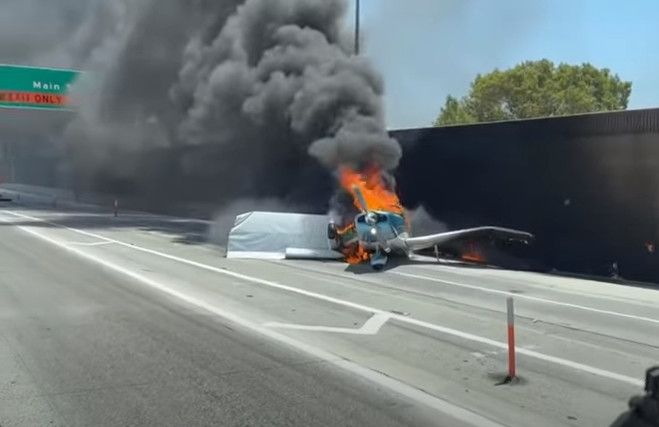 A small plane landed yesterday on a busy highway in Southern California, and after a short period it caught fire. So far, there are no reports of injuries, the American media reported.

The plane carrying two people landed on Highway 91 in the city of Corona around 12:30 p.m.

A video that surfaced on social media showed the plane descending heavily through traffic and bursting into flames as it skidded to the far right lane and hit a barrier wall. Additional footage showed crews from the Corona Fire Department trying to put out large flames.