VIDEO | "Avaja": We expect the census to show that 4 percent of Roma live in Macedonia 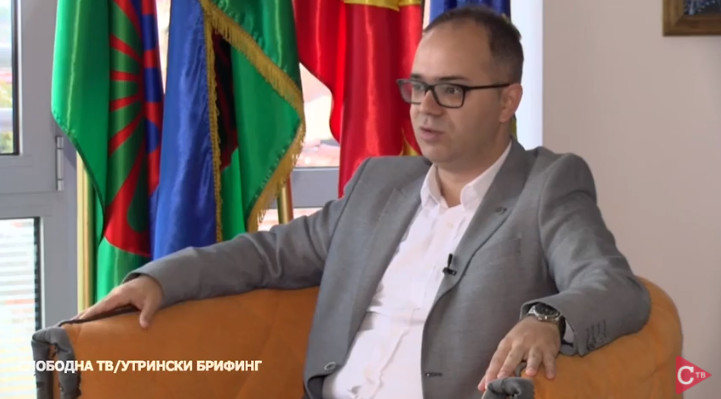 Several incidents related to the Roma census cast a shadow over the census. We note incidents related to non-registration of Roma as Roma, as well as pressure to register as another nationality. This was stated today in the "Morning briefing" on Slobodna TV by Deniz Selmani from the "Avaja" movement.

- It is clear that this is a manipulation of part of the Roma population. It is supported by individual groups coming from other ethnic groups. After the first incident in Veles, when the person who enumerated clearly stated that he wanted to be enumerated as a Roma on the census list, and the specific enumerator stated that he could not find the part intended for religion, language and ethnicity in the census questionnaire, the case was repeated. and in Strumica. There, along with the enumerator, other people with Turkish flags enter the homes and thus put pressure on the population to register as Turks. We do not have any answer or solution for that case, while for the case in Veles, the enumerator who did his job improperly was dismissed immediately. However, this incident raised many questions, whether this enumerator did the same in other Roma families, whether other Roma are now not registered as Roma as a result of his behavior, says Deniz Selmani from "Avaya".

He emphasizes that Article 49 of the Census Law states that such cases are punishable by imprisonment of at least 3 years, and the data entered in the electronic census questionnaire by the specific enumerator will be classified as unusable data and the enumerated persons should be re-enumerated.

In order to raise the awareness of Roma, to register as Roma, the "Avaya" movement is conducting a "Be Proud Roma" campaign in which young Roma from different parts of the country are urged not to be ashamed of their Roma origin.

- We made a previous mapping of Roma settlements and tried to find out how many Roma live in those settlements, as well as at the national level. We urge the pressure on the Roma to stop because we will be forced not to recognize the census figures. Our expectations are that in Macedonia there is four percent Roma population, ie about 100.000 Roma. Given that we have a strategy for Roma, it will be of great importance for the census to show the real number of Roma living in Macedonia. That way, the state will be able to create evidence-based policies, Selmani said.

Local elections 2021: Candidates have their say, it's the voters' turn

Today is celebrated the Holy Hieromartyr Dionysius the Areopagite, Bishop of Athens

VIDEO | Mickoski from Stip: The time of ours and yours is over - now is the time for the new future

VIDEO | Zaev: We owe Kumanovo four years, we have invested over 120 million euros from the state budget

VIDEO | Mickoski from Sveti Nikole: A vote for the smaller parties is a vote for Zaev, that is how the opposition is small

PHOTO | Carovska from Resen: Go to the polls and vote for the positive changes to continue