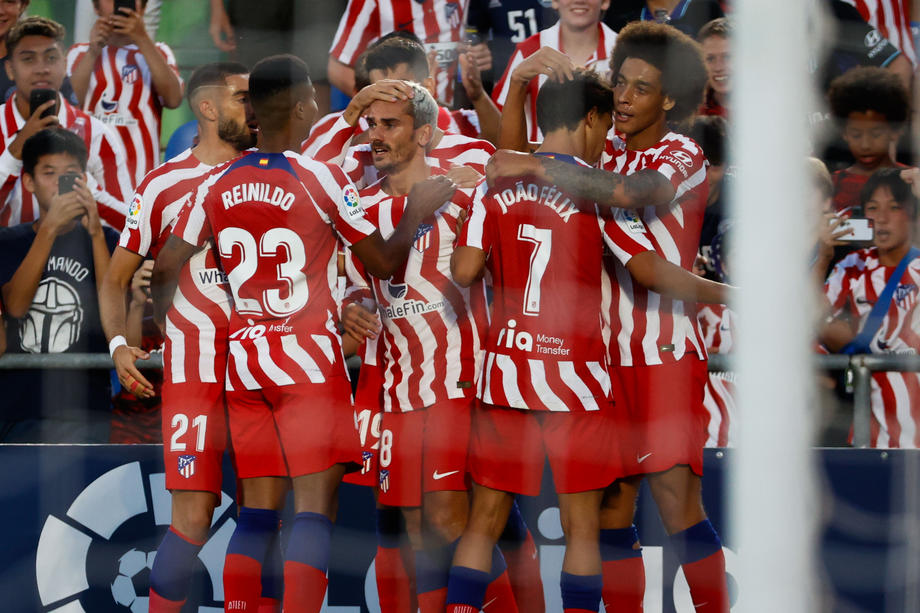 The "quilters" celebrated without problems against Getafe/Photo: EPA-EFE/Juan Carlos Hidalgo

The footballers of Atletico Madrid they won tonight in the away game at Getafe with 3:0, in the match of the first round of the Spanish "La Liga".

Scorers for Atlético were Alvaro Morata at 15 and 59 minutes and Antoine Griezmann in the 75th minute, while assisting on all three goals Joao Felix.

In the next round, the "quilters" will welcome Villarreal, while Getafe hosts Girona.

Earlier, the players of Athletic Bilbao and Mallorca played a draw 0:0 in Bilbao.

On Sunday, Real Sociedad won 0:1 against Cadiz, and Valencia celebrated with the same result over Girona. and Real Madrid celebrated minimally at Almeria.