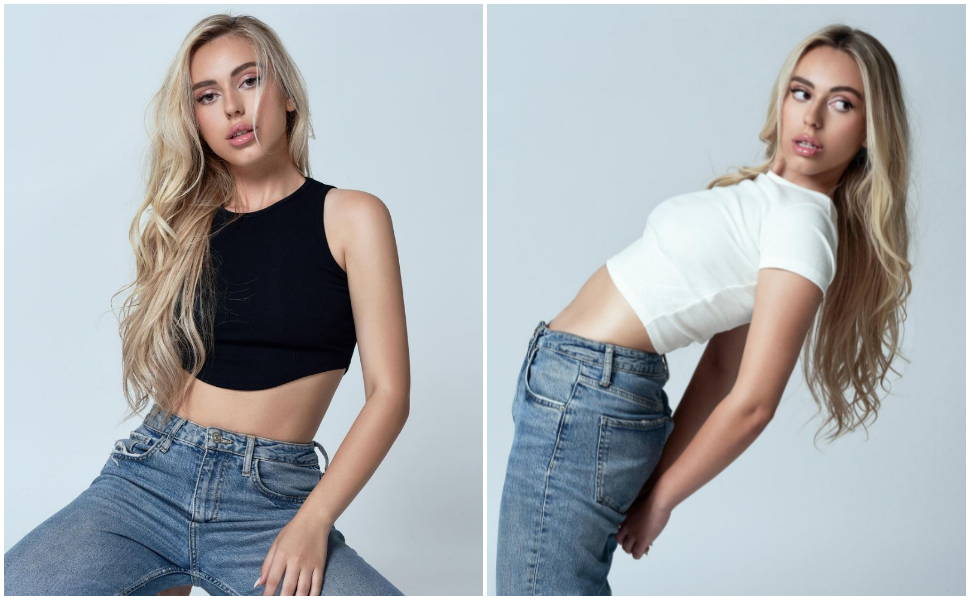 Our famous singer Antonia Gigovska is constantly in step with world trends. Her look "from head to toe" is taken care of by a professional team of stylists from our country as well as from abroad. From the very beginning, Gigovska has been working with top professionals, not only about creating music but also about her complete appearance as a young music star who is still waiting for a brilliant career.

The young Antonia connects her beginnings with the show "Pink Stars" when she literally won the hearts of the whole Balkans. Today, she is one of the most eminent artists, boldly climbing to every peak she can imagine. After three years, Antonia Gigovska once again stepped into the premises of the Serbian television "Pink". This time he did not appear on the stage of the music competition "Pink Stars", but was part of the host's show Ognjen Amidzic - Amiji Show .

Perfectly styled in a turquoise dress, our young singer together with Mirza Selimović, Edita Aradinović and Kaja Ostojić put on a real show. Antonia also used this opportunity to show her vocal abilities, and apart from several solo performances, the young singer sang a duet with the winner of "Grand Stars", Mirza Selimović.

In addition to the masterful performance of "Field flower" by Toše Proeski, her slip was a real hit on social networks. Namely, the host asked Antonia to translate a few words into Macedonian, and when he asked her what "sweet in a jar" is called in Macedonian, everyone laughed sweetly at her answer. To this, the singer replied "compot", after which memes started appearing on social networks.