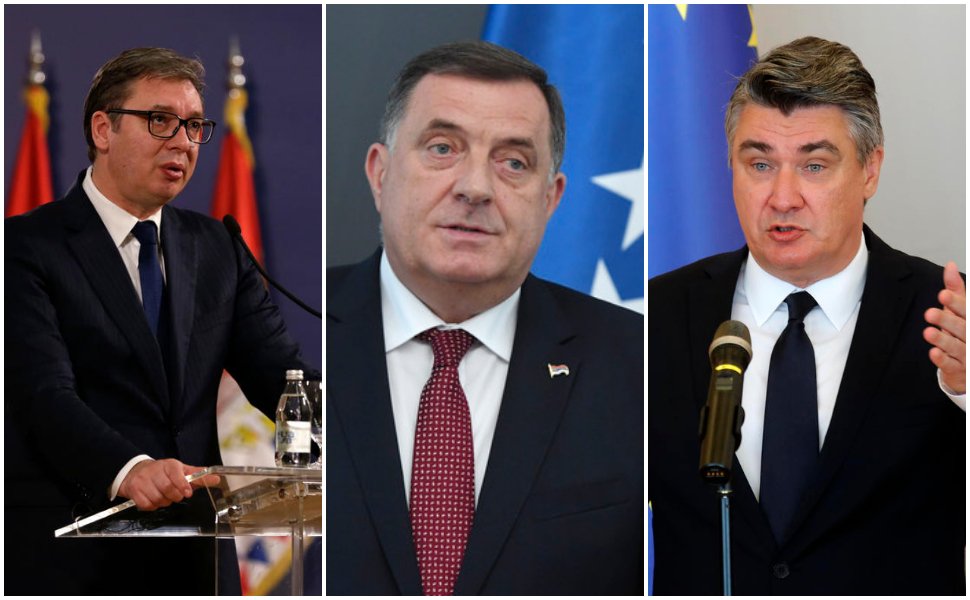 Montenegro 's political instability, the ongoing frozen conflict in Bosnia and Herzegovina and Kosovo, Serbia' s pre - election and neutrality appear to be gaining momentum as a result of the Russian - Western conflict over Ukraine.

Montenegro is facing a government collapse and possibly early parliamentary elections. Prime Minister Krivokapic is putting to the vote the dismissal of his vice president Abazovic, who is trying to overthrow the cabinet in which he is vice president and is forming a minority government in Montenegro. Abazovic's attempts have been hailed as an influence by Western intelligence services, which Belgrade accuses of seeking to bring back the loser in the election, Milo Djukanovic.

The debate on electoral changes in the federation started today in Bosnia and Herzegovina, mediated by the USA and the EU. There, for a long time, the member of the triple federal presidency, a representative of the Serbs, Milorad Dodik, advocated and announced the secession of the Serbian entity and the proclamation of R. Serbia as an independent state. Many in the West see Dodik as Russian influence, especially because of his closeness to Russian President Vladimir Putin. Exactly R. Srpska is also considered as the last stronghold of Russian influence in the Balkans, something that in the current state of confrontation between NATO and Russia, is certainly not a situation that the West would tolerate. One of the first measures, of course, is the imposition of US and allied sanctions on Dodik.

But these sanctions have provoked unexpected reactions in the region. But not from Belgrade, but from Zagreb and Croatian President Zoran Milanovic. Milanovic shocked the public yesterday after saying that anyone from Croatia who votes to impose sanctions on Dodik would be considered a traitor. Milanovic clarified in the statement that he is ready to dismiss all those Croatian representatives who in Brussels would try to vote for sanctions against Dodik, while publicly supporting the Serbian member of the triple presidency and criticizing the Muslim member Bakir Izetbegovic. Milanovic's statement has already been interpreted as an announcement that Milanovic, following the example of former Serbian politics, is trying to annex Croats from Bosnia and Herzegovina to the homeland of the Republic of Croatia.

Opposite him, Belgrade seems to be restrained or gives almost no support to their compatriot Dodik, who by the way met several times with Russian President Putin by Serbian President Aleksandar Vucic.

While Croatia announces that as a NATO member it will not send troops in the event of a conflict in Ukraine, Serbia as a neutral state for the time being continues to struggle with Kosovo.

Pristina's measures against Serbian products continue in Kosovo, as well as an increased police presence in places where the Serb population lives. A special problem for Vuќi. Is the pre-election in anticipation of his possible re-election, an election race scheduled for April XNUMX. The opposition, although divided, is already giving him headaches through various protests in the streets of Belgrade. And all this at a time of perhaps the greatest security crisis since the end of the Cold War between Russia and the West. The big ones, almost always, in the run-up to conflicts with their peers, first solve the problems of small countries.

In the coming period, it will be seen whether the Ukrainian crisis can accelerate the process of resolving the problems in the Balkans or maybe further complicate them?

Matthew Parish's father: It's hard for me, but I have to face the truth