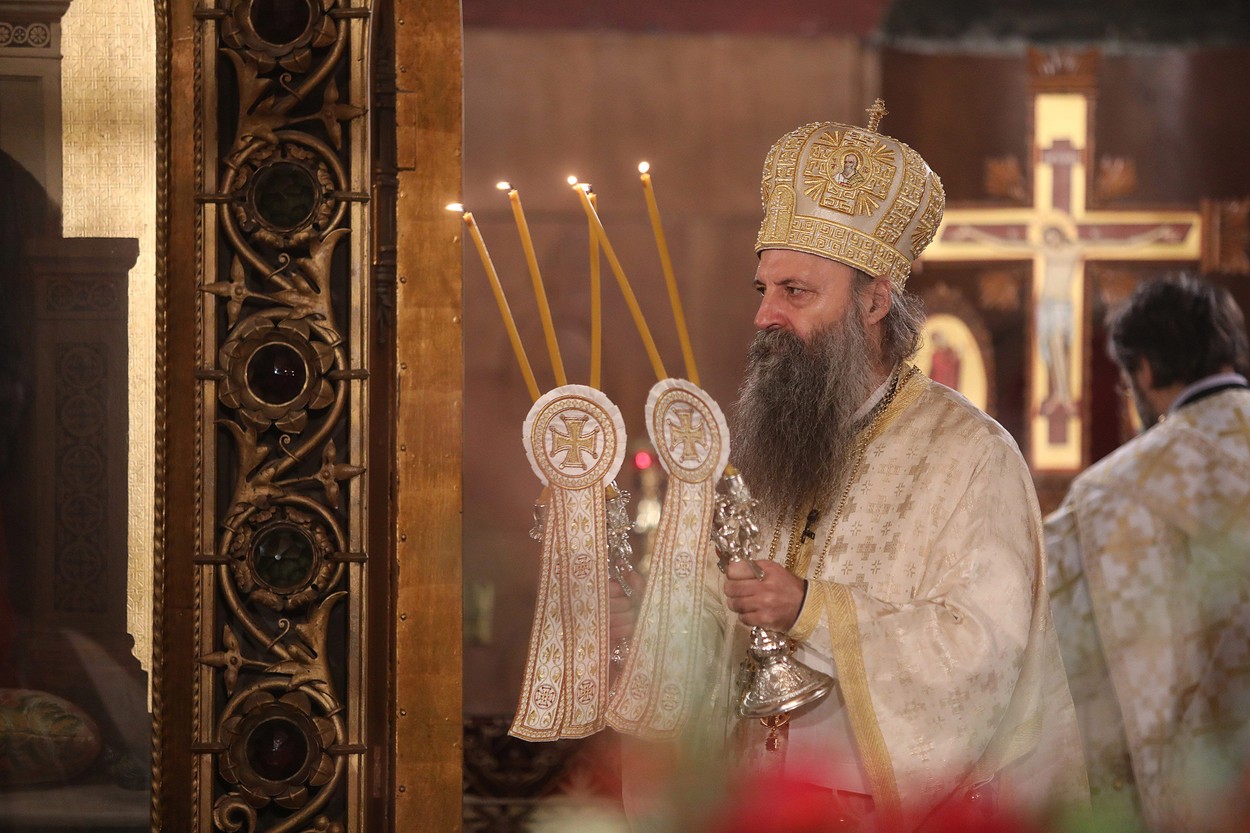 Forty-six Serbian patriarch Porphyry (secular name Prvoslav Peric) is considered a relatively moderate ecclesiastical dignitary, unlike his predecessors who served as head of the SOC.

The 61-year-old Serbian patriarch took over the post after the death of his predecessor, Patriarch Irinej. Porphyry was elected to the position of head of the SOC after previously managing the Zagreb-Ljubljana diocese of the SOC since 2014.

He was proclaimed patriarch of the Serbian Orthodox Church on February 18, 2021.

It is known that Porphyry, while he was Metropolitan of Zagreb, enjoyed a reputation but also had a lot of contacts with the local political intellectual and artistic cream. His moderation is shown in action if we take into account that in conditions when you are a representative of one nation and one church in another country of another religion, and you have a bad history of relations, his real success was his role in the social action there. What additionally gives Porphyry a curiosity is that, unlike his predecessors on the SOC throne, he is much more flexible when it comes to some important and conservative views of the Serbian Church.

According to those familiar with the events in the SOC, Metropolitan Porphyry does not have such a strong position on the independence of Kosovo as many other bishops, which opens the possibility for President Vuќi. To resolve this issue more easily through negotiations with Pristina. Given that the Church has so far made it clear that it is acceptable to treat only Kosovo as part of Serbia, Porifrij's appointment could mean a change of course and the SOC moving away from this problem.

For now, it is more than clear that his role in recognizing the autocephaly of the MOC is a great step forward in future relations between the fraternal Orthodox churches.