VIDEO | Andonovic: US and Russia ready to fight to the last Ukrainian? 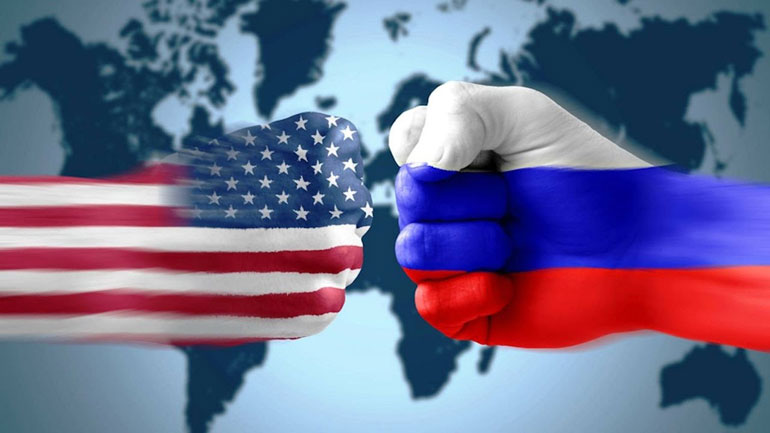 United States ordered family members of US embassy staffers in Ukraine to leave the country, citing a "persistent Russian threat of military action". At the same time, State Department advises Americans not to travel to Russia.

The US State Department also approved the voluntary departure of US government officials, saying that Americans should consider leaving the country immediately. Reuters.

At the same time, the State Department advises Americans not to travel to Russia due to the alleged escalation of tensions on the country's border with Ukraine.
After the State Department and great Britain this weekend began withdrawing diplomats and their families, which are not necessary for the functioning of the embassy in Kiev,

London says it has begun withdrawing staff from the British embassy in Ukraine amid warnings of a Russian invasion. "Officials have said there are no specific threats to British diplomats, but about half of the staff working in Kiev will return to the UK."

Ukrainian officials have said the move by the United States and Britain is premature and will undermine current efforts. Over the weekend, US Secretary of State Blinken repeatedly told the media that he preferred to resolve the situation diplomatically before using sanctions against Moscow.

Meanwhile, NATO member states are intensively sending weapons, military equipment and instructors to the field to help the Ukrainian army defend itself against a possible Russian military invasion.

As Russia's concentration of military and military equipment draws to a close, the United States and its allies have stepped up military support for Ukraine.

Britain sent more than 2.000 anti-tank launchers last week and deployed about 30 troops for training. Estonia has said it will supply Javelin anti-tank missiles, while Latvia and Lithuania will send Stinger anti-tank missiles. The Netherlands has indicated it will be ready to provide Ukraine with defense weapons. The United States will continue to increase its military assistance, as Blinken recently stated The Guardian Washington will send Mi-17 transport helicopters to Ukraine, which were originally intended and used in the mission in Afghanistan.

The New York Times US President Joe Biden is considering deploying US troops, air force and navy in the Baltic states and Eastern Europe.

Pentagon officials presented Biden with several options for moving US forces as close as possible to Russia's borders.

One option is to send 1.000 to 5.000 troops to Eastern European countries, with the possibility of increasing that number in the event of escalating tensions in the region.

The Pentagon declined to comment on the New York Times report, but Pentagon spokesman John Kirby said NATO would make "available options to reassure our allies, especially those on NATO's east wing."

NATO's decision to step up aid to Ukraine comes amid fears that Russia could strike at any moment.

Human head found in front of a courthouse in Bonn

In anticipation of a new "French proposal", Skopje is not giving up on the European course

Death penalty for 10, life imprisonment for 50 people in Egypt

Putin wants to improve relations with the Taliban in Afghanistan

Zelensky calls for action in address to UN, Russia responds it is "PR campaign"

Pendarovski, Petrovska and Osmani at the NATO Summit in Madrid

The Scottish Prime Minister has proposed a referendum on independence to be held on October 19, 2023