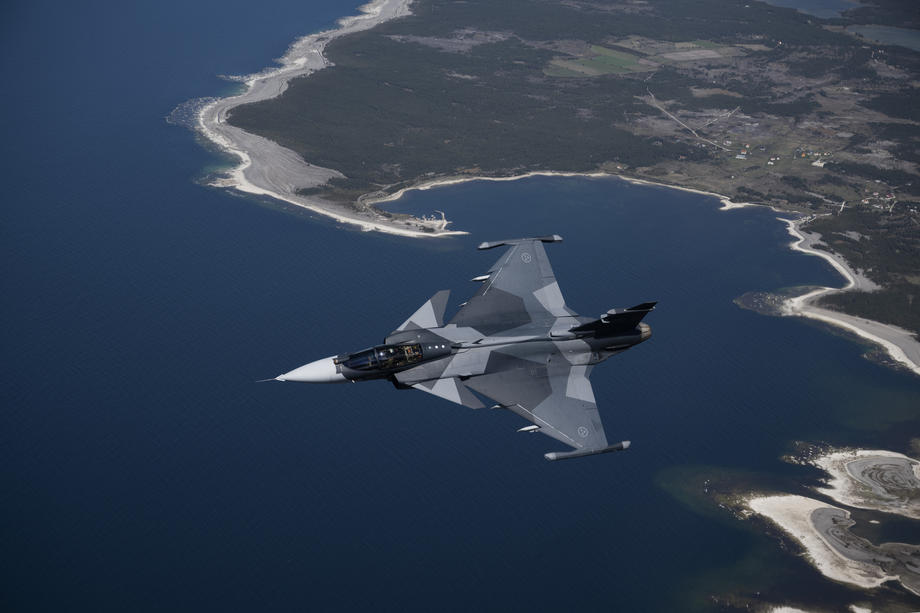 Swedish fighter jet Jas 36 Gripen Flying over the island of Gotland in the Baltic Sea / Sweden, 11 May 2022 / EPA-EFE / HENRIK MONTGOMERY SWEDEN OUT

Finland and Sweden have officially stated that they want to replace their previous neutrality with full NATO membership. Their aspiration is based on fears that if they remain neutral, they could face a major security threat from their neighbor Russia, which through the example of Ukraine has shown literally what can happen to a country that is not in power. NATO alliance.

Both Stockholm and Helsinki have officially decided that at the next NATO summit in June this year they will seek membership in the alliance. There is no doubt that these two Nordic countries will be accepted immediately, because Brussels and the other Western allies are looking with great favor on their decision. Sweden and Finland meet virtually all entry criteria - They have powerful and well-trained armies by Western standards, but they are also geostrategically important for anything called a new world order.

Once these two countries join the alliance, the geostrategic map of the Baltic area will change completely. The three former Soviet states, now members of NATO, Lithuania, Latvia and Estonia on the one hand, and the Gulf of Finland with all the adjacent islands on the other, will practically mean bypassing Russian positions in and around the Baltic. In practice, the Russian navy will face reduced room for maneuver, as in this case, it will be bypassed from NATO territory.

The geostrategic Russian enclave of Kaliningrad, which has so far given a major tactical advantage to Russia's geostrategy in the Baltics and Europe, is also under threat. Hence the assessment that in this case the Baltic Sea will become an ordinary NATO lake, alluding that the Black Sea military installations in Moscow will have no room to operate.
But, of course, if these two Nordic countries join NATO. As expected or not, the political support from NATO countries is not complete, ie it is against Turkey that announced that it will veto the accession of Sweden and Finland to the Alliance.

The reasons, according to Ankara, are the support that these two countries, primarily Sweden, give to the expelled members of the Kurdish Workers' Party, which Turkey considers a terrorist organization. Namely, the Kurds who are fighting for the secession of a part of Turkey and the formation of an independent Kurdistan, have long had Sweden as their refuge. In the past, Ankara has repeatedly demanded that Stockholm and Helsinki arrest and extradite these individuals, who were even allowed to operate politically in the two Nordic countries.
Now, Sweden and Finland are being blackmailed into being blocked for their NATO ambitions. The stakes are high and it remains to be seen whether the United States will try to pressure Erdogan to change his announcement. It remains to be seen whether all this may be a political market that Turkey should get. Or maybe, again, who knows what interests, the old Erdogan-Putin axis, which in the past has fused around Syria, is starting to function…