VIDEO | Adamchevski: In Russia, there has not been and will not be a drastic change even after Putin 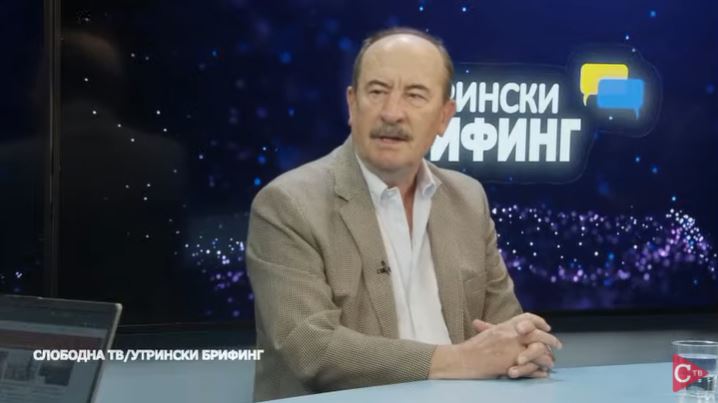 Mirce Adamcevski, a journalist and expert on the situation in Russia and a former correspondent from Moscow, analyzed the situation after the elections in Russia in a right-hand morning briefing.

For Adamchevski, the biggest impression from the elections in Russia is that the fifth party founded by businessmen managed to enter the Russian Duma, which crossed the threshold of five percent. This party could bring some freshness to the country, especially in the field of economy, Adamcevski commented.

"However, this party of businessmen was not exposed to pressure like other opposition parties," said Adamcevski. - The second surprise is that the Communist Party won more MPs, and that is probably due to the policy of "smart voting" promoted by the now imprisoned oppositionist Alexei Navalny, says Adamcevski.

Otherwise, "smart voting" means voting for anyone but the party that supports Putin.

But in spite of everything, Putin has had the support of the public since 2000 and has a high rating. As Adamchevski comments, in this election Putin seems to doubt the capacity of Dmitry Medvedev's pro-Putin party, so Medvedev was pushed aside and Sergei Lavrov and Sergei Shoigu were placed at the top of the parliamentary lists.

Asked if there are any changes in the consciousness of the citizens of Russia, Adamchevski said that of course there are, but given the measures that were taken, such as the Law on Foreign Agents adopted a few years ago, people withdraw from public speaking and return, how in the USSR to talk in the kitchen homes.

-Now numerous media are marked as foreign collaborators. And in Russia, patriotism is a big deal. These media will face problems with material operations because it is unlikely that anyone would pay for advertising in a medium marked as foreign, says Adamcevski.

He does not expect any drastic change in Russia even if something happens to Vladimir Putin, who is certainly one of the most guarded people in the world, and a new leader of the country is not in sight.

VIDEO | Andonovic: "United Russia" won 47% of the vote in the election marked by allegations of irregularities