Vesna Baby after the Embla case: My daughter Mina was also discriminated against at school 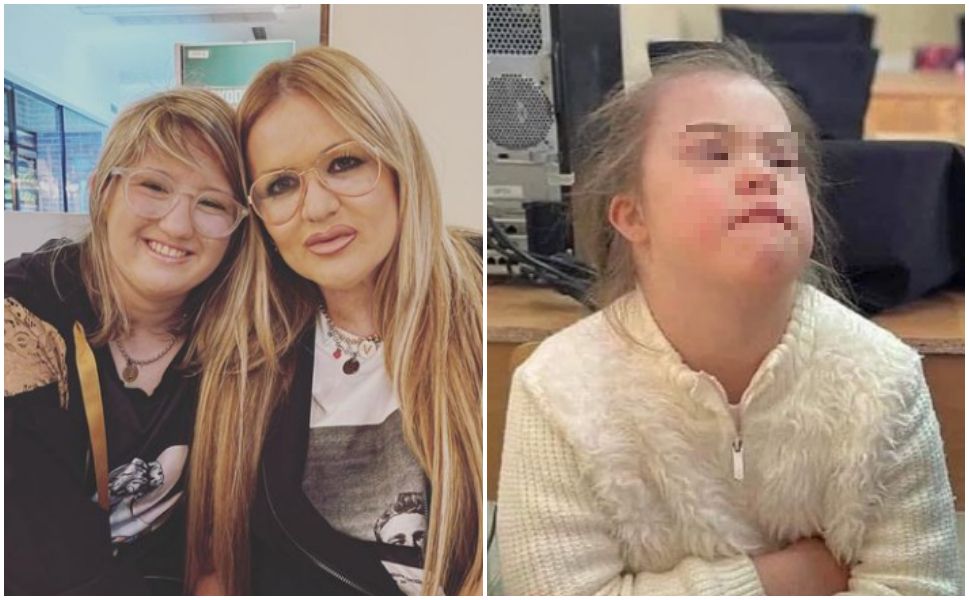 The case of discrimination on 11-year-old Embla, a girl with Down Syndrome from Gostivar shook the Macedonian public.

Namely, the girl was not accepted by her classmates, and their parents organized to boycott the classes and submitted a petition for her to be separated from their children, allegedly due to aggressive behavior.

One of those who expressed strong support for little Embla is the actress Vesna Petrusevska, who shared on her Instagram account that her daughter Mina also faced similar discrimination in the private school "Yahya Kemal".

- This is Embla, a victim of half-worlds, primitive and ignorant people. We live in a country where there is no empathy and compassion. There are no children with special needs, there are people without special brain capacity or a hollow cavity in their own lobes.

I will tell you something that happened to Mina after the unfortunate event. I enrolled her in "Yahya Kemal", I told myself she would be older, fewer children, more patience. But no! Parents from her class gathered and said that if Mina was not written off, they would all leave school. They told me this only two months after Mina started school at Yahya Kemal. The boss asked me if I had a problem. I was furious, angry. Dzambazov had an idea to stand in front of their school, people would gather, they would close it. Yes, after such stress the child is distrustful and aggressive, except that he was exposed to bullying.

So, I'm at the forefront of fighting for Embla and all the bullies. By the way, in my acting school I have several children with special needs and I teach other children how to deal with them, how to master a text together, how to share a lot of love, a lot of love. Embla, when you want to see me - here I am. I repeat for the millionth time that in this country there is no support for parents, and how they can cope with their own children. They are the heroes, too. When I talk about them, I also talk about myself. Those who literally abuse children care, is stated in Petrushevska's announcement.

USA: China's moves in the Taiwan Strait are provocative and irresponsible

Zelensky: Amnesty International is silent about the nuclear terror of the Russian army