Veninova: Macedonian series can be as successful as movies, but TV stations don't feel the need to make a real feature program. 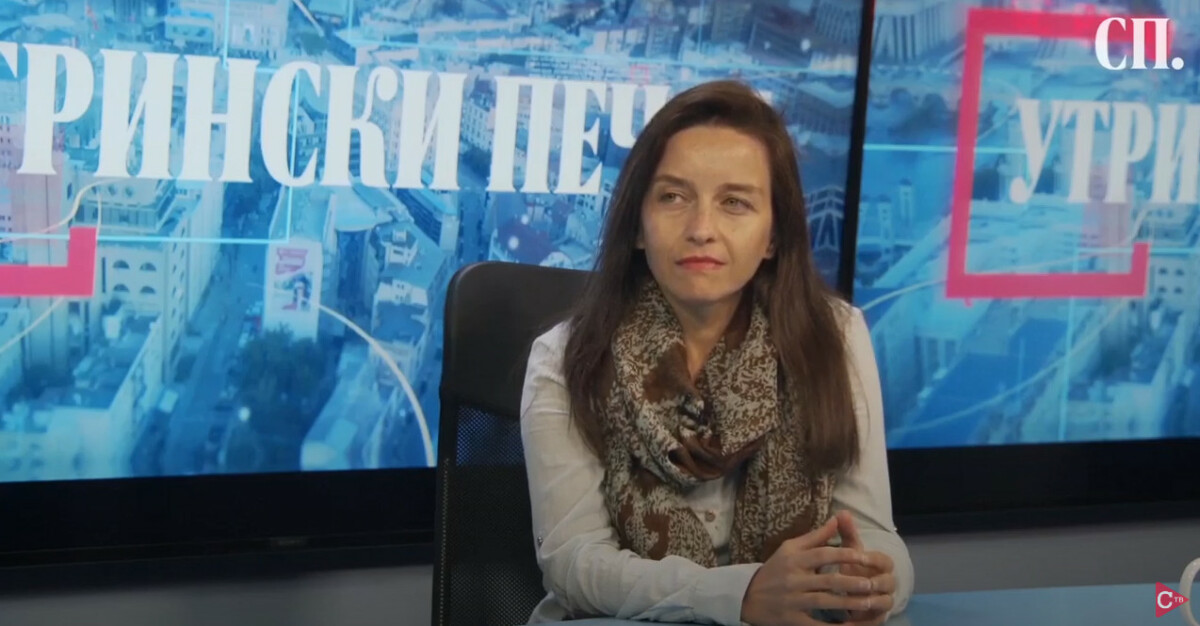 Director Eleonora Velinova's feature debut, Overexposed, had its world premiere at the Cairo Film Festival this month, but was banned from showing to a wider audience for reasons that are not clear enough. The decision of the Egyptian censors also affected some other films that were in the official competition for awards at the Cairo Film Festival. The domestic audience will be able to see this new Macedonian feature film in the cinema in the spring.

- The Macedonian premiere is planned sometime at the end of March or the beginning of April next year, and we have a reason for that. In the past month, we had 4 Macedonian films in cinemas and we currently have a Macedonian film. The first moment is that we should not be competing with each other, and the other is the World Cup in football, and even our premiere in Cairo coincided with the opening of the football championship. And another reason is the fact that it is winter and there is no heating in our cinema halls due to austerity. And that was the recommendation from our marketing associates, to wait for the Macedonian truce in the spring, that is, when all the New Year's, Christmas holidays, Epiphany, vacations, etc., etc., have passed, said the director Eleonora Veninova in the guest appearance in "Utrinski Pechat".

"Preexposed" is a story about a married couple who are on vacation in Ohrid, where the daughter of close friends comes to visit them and creates a domino effect in their marital relationship, making them reconsider their relationship and marriage as a whole. The spouses are played by the actors Blagoj Veselinov and Kamka Tocinovska, while Sara Klimovska plays the role of the girl who enters their married life.

Veninova is currently finishing the new short film "Walk", which she shot last month, and is also working on scripts for TV series and the script of her next feature film. By the way, Veninova was the author and director of some of the episodes of the popular Macedonian TV series "Sleep", "Insider", "Na Terapija", "Familia Markovski" which five years ago appeared simultaneously on the leading Macedonian televisions, but after that she has not been noticed such a production of a domestic feature program.

- In 2017, 5 Macedonian series were released, some in the first season, some in the second, and I worked on all five. There are many reasons why more series are not filmed. If we compare with Serbia, it is a market five times bigger than ours. There is a state budget. There are private television stations that finance the filming themselves. In our country, the private televisions somehow find a way to get around that, to record programs that are not dramas, but they are passed off as dramas and in that respect they do not feel the need to make a real drama program, they don't have to be serials, because that is simply for them. passes. The fact is that most of the series that came out in 2017 were made with money from foreign financiers. At the moment, as far as I know, only the Macedonian Television records series, and under what criteria I don't know because I have only come across one competition for series and it was a very strange thing written on one side and I don't know how the series that are recorded are approved and simply , the situation is quite depressing in that field, says Veninova.

The young and successful director locates the problem that domestic feature programs are no longer produced on such a scale in the private television stations that have a legal obligation to produce domestic programs, but skilfully avoid it. For years, private televisions have been showing regional series, mostly Turkish and almost Serbian drama series.

- The problem is that we promote Macedonian culture through movies. Our films succeed in their role as a promoter of Macedonian culture. It is different with the series and that segment is left to private actors - the televisions. We need a drama series that will come out of the studio and literally be made into a movie. Ideas and scripts are not a problem, even though a television producer or editor will tell you that there are no scripts, it is not true. Here I have scripts, I know other colleagues who have ideas for series and even written scripts for at least the first episode, for example, but there are no financiers. I don't know what the solution is. Serials can be just like what movies have become for us. As a true ambassador and representative of our culture. If we manage to make a series that is of sufficient quality and that will be broadcast in Serbia instead of just broadcasting their series here or in Turkey, why not export to Germany as well, there are TV channels ART, ZDF that show foreign series and overdub them . In order to make a breakthrough, the state must either start enforcing the laws more rigorously, and that is not the strongest point of the state to enforce its own laws, or simply the television stations of some goodwill must start producing quality domestic drama programs, Veninova said. .

As a positive example, she pointed to the children's drama series "Zoki Poki" on MTV, which is very successful and was sold in the Scandinavian countries, but the second season of this successful Macedonian product has not yet been filmed.

When asked how to make a good sitcom with universal humor that will conquer the audience even beyond the state borders, Veninova says:

-"Overslept" is specific and those sitcoms are specific. They're a hard sell overseas especially the further you get outside the region's borders, that humor gets less funny, unfortunately. And it's not just our sitcoms. English and American sitcoms do well all over the world, but there are sitcoms that do well in Serbia, in Bulgaria, in Germany, but we don't see them here because that type of humor that is written in sitcoms hardly travels, even though "Sleep" was shown in Bulgaria . The whole series needs to be set differently in terms of dramatic action, characters and the humor itself, if you want to export it, answered the director.

She welcomed the idea of ​​building a film city in Macedonia along the border of Serbia and Bulgaria, where the Hollywood film industry will produce hit films, but like some other investments, this idea of ​​the actor and producer John Malkovich is stuck in some of the state institutions.

One of the biggest lies sold by SDSM and DUI is that we have started negotiations for EU membership, Nikolovski says.