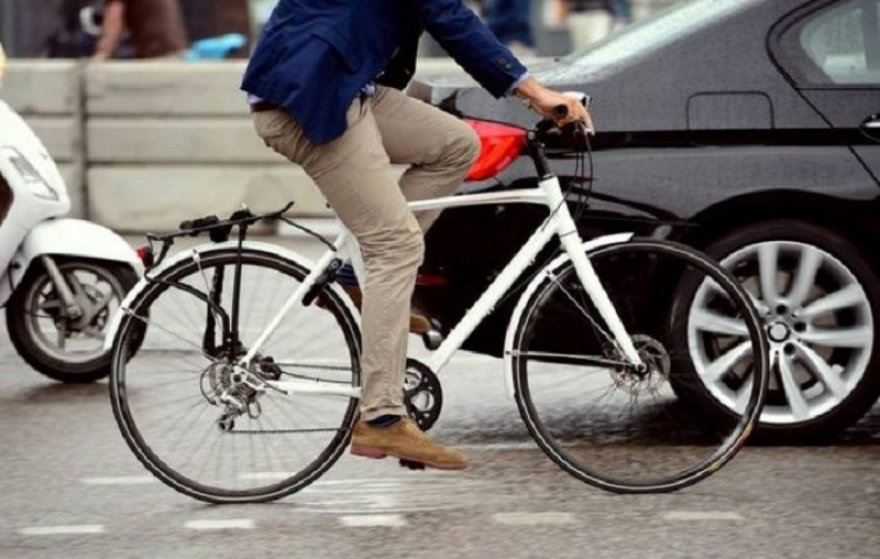 From "On Wheels" they say that driving adapted to the conditions in a populated area saves lives, and speed kills, so if someone consciously drives faster than allowed in the populated area, he should be held responsible for premeditated murder.

The large number traffic accidents in which unfortunately there are victims, including pedestrians and cyclists, as a consequence of the unadjusted speed of some riders, are the reason why cyclists have long sought the authorities to introduce the so-called. Zone 30 on as many streets as possible. According to them, limiting the speed to 30 kilometers per hour is the solution to all these problems.

From the civic initiative "On Wheels" They believe that the whole of Skopje (except the boulevards) should become Zone 30, and the boulevards should not be driven more than 50 kilometers per hour.

Driving in adapted conditions in a populated area saves lives, and speed kills. Knowing that fact, if someone consciously drives faster than allowed through the settlement, he should be held accountable for premeditated murder. The police must be engaged and harness all human and technological potentials so that there is not a single unpunished person who has exceeded 50 kilometers per hour. The city must design boulevards with narrower lanes (maximum 3 meters) and smaller turning radiations that correspond to speeds of up to 50 kilometers per hour, rather than speeds of up to 90 kilometers per hour. It can also use traffic calming measures suitable for boulevards. The city must also prepare the document Vision Zero - a strategic document for zero victims in traffic, for the preparation of which the Council voted a month ago - say from "On Wheels".

Cyclists are urging municipalities to immediately declare all their streets Zone 30.

When it comes to introducing Zone 30 on the streets, although they are in the capital, according to cycling enthusiasts, they are still in much smaller numbers than they really should be.

From Municipality of Kisela Voda They say that as a local self-government they support all initiatives that promote the free movement of all categories of traffic participants, including cyclists.

However, determining the allowed speed is not in the competence of the Municipality of Kisela Voda, but as a local government, we undertake activities to increase the safety of all traffic participants, ie we work intensively to improve the infrastructure used by cyclists - say from this Skopje municipality.

From Municipality of Karpos, on the other hand, they say that it is necessary to start an initiative for introduction of Zone 30 by the residents of the municipality, but also by the municipal administration, and to submit it to the Traffic Department of the City of Skopje.

As for the contacts with the group of enthusiasts for better cycling Skopje "On Wheels", so far they have not met with the Sector for Land Management and Communal Affairs, although they had several contacts with the previous leadership of the local government. However, in order for a constructive solution to the request, in our opinion, a workshop can be conducted by all stakeholders, citizens, municipal administration, representatives of the group "On Wheels", experts from the City (traffic engineers) and representatives of the Secretariat of Interior works in charge of traffic, which would find an optimal solution to achieve the goal - say from the Municipality of Karpos.

Hence, for a proposal of streets on which Zone 30 would be implemented, they point out the streets Moskovska, Ljubljanska, Manapo, as city streets, as well as the streets under their jurisdiction, ie Bled Agreement, Pariska, Prague, Warsaw, Bukureshka and others on which technical performance is possible.