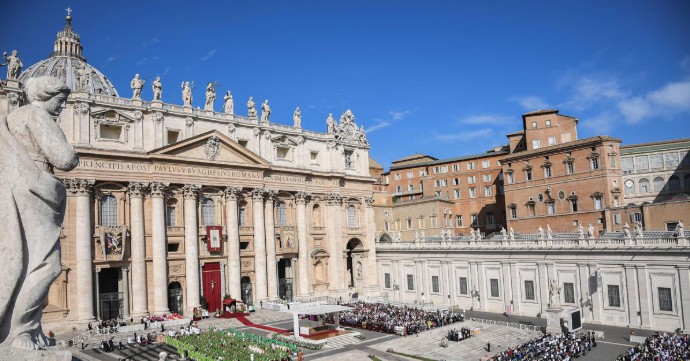 Ватикан today defended the retiree Pope Benedict XVI, declaring that "an easy goat should not be sought and judgments should be rendered in a short procedure".

This is the first official reaction of the Vatican to the accusations against Pope Benedict, that as Archbishop Joseph Ratzinger in Munich, in the late XNUMXs, knew of four cases of sexual abuse within the Roman Catholic Church and did not respond.

The allegations were made in the report of an independent inquiry into the work of the Archdiocese of Munich, conducted by the Westpfahl Spilker Wastl law firm.

Scandal in the French Catholic Church: In 70 years, 216 thousand children victims of pedophilia

The head of the Vatican's public relations office, Andrea Tornielli, came out with a comment on the report in an article published on the portal Vatican News.

In it, Tornielli recalled that Benedict was the first pope to meet with victims of harassment, that he had introduced strict norms for punishing priests who raped children, and that he had instructed the church to go "on the path of humility, seeking forgiveness for the crimes of its priests." ”.

"All this can not be forgotten or erased," he wrote, adding that the victims were often treated as enemies of the church, but that Ratzinger was the one who helped change this attitude by listening to the victims and asking them for forgiveness. .

Tornielli stressed that the report was not a court case and said that he would help fight this problem only if the information "is not reduced to a request for an easy goat and a verdict in a short procedure".

The current Archbishop of Munich, Cardinal Gerhard Marx, is scheduled to hold a press conference tomorrow to discuss the report and the allegations against him.