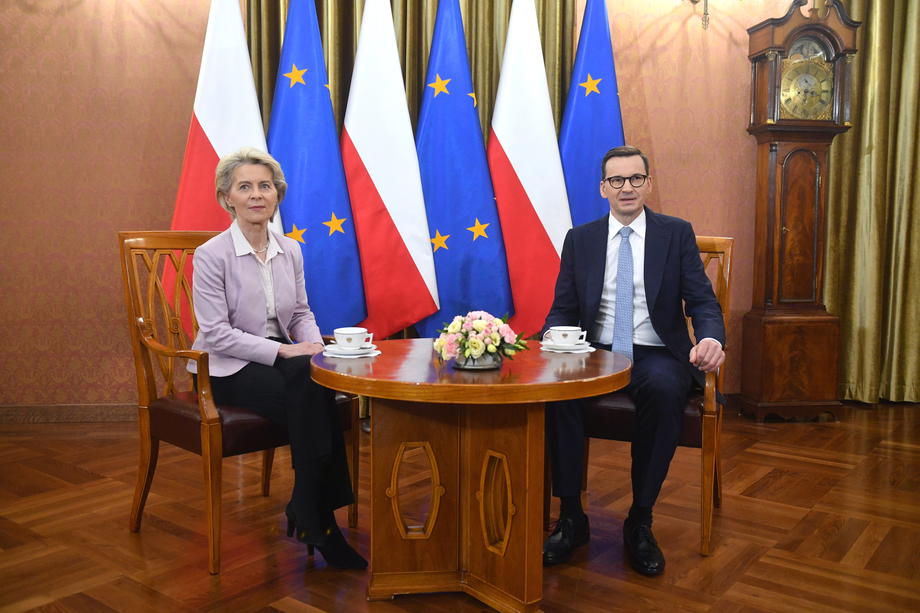 Poland's national-conservative government has significantly toughened its rhetoric in its rule-of-law battle with Brussels, threatening to turn "all guns blazing" at the European Commission and, if necessary, build a coalition to oust its president, Mateusz Morawiecki. "The Guardian".

If the EU executive "tries to push us to the wall, we will have no choice but to pull out all the weapons in our arsenal" and respond "an eye for an eye", said Krzysztof Sobolewski, secretary general of the ruling Law and Party for justice (PiS).

Sobolevski told Polish State Radio that unless the commission releases €35 billion in pandemic aid, Warsaw will take legal action against Brussels, veto EU initiatives and form an alliance to sack Ursula von der Leyen and her team of commissioners.

The threat came after Jaroslaw Kaczynski, who resigned as deputy prime minister in June but remains head of PiS and Poland's de facto leader, said in a strongly worded interview in Sieci magazine that Warsaw had "no reason to fulfill its obligations" to the bloc.

"We have shown maximum goodwill, but our concessions have yielded nothing," Kaczynski said, insisting that Poland had honored its side of the deal to roll back some of its controversial judicial reforms in exchange for EU funds.

Warsaw has been embroiled in an escalating dispute with the European Commission for months over the release of recovery funds, with Brussels demanding Poland meet a series of rule of law "milestones" before grants and loans are unlocked.

The Polish government, whose judicial changes are seen as amputating the independence of the country's judiciary and at odds with EU standards, last month shut down a controversial disciplinary council for judges.

Amid warnings that the chamber would simply be replaced by a new, similarly politically controlled body, however, von der Leyen announced that Poland had not yet made enough progress to justify releasing the first tranche of funds.