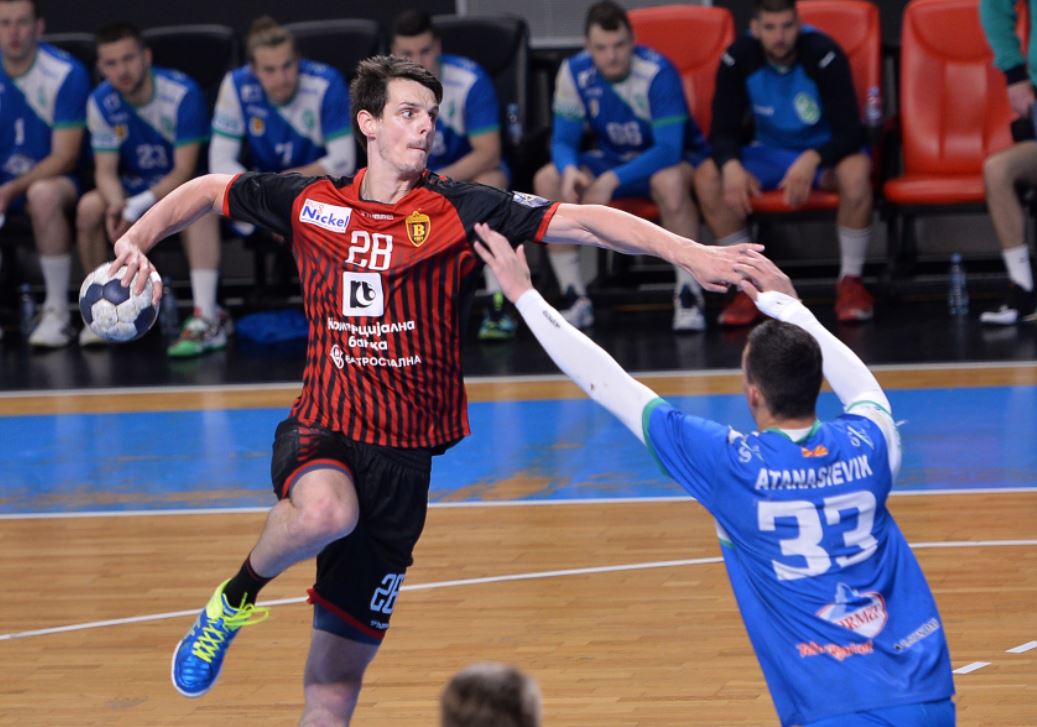 Vardar 1961 tonight in the sports hall "Jasmin" in Kavadarci won 15 trophies in The Cup of Macedonia, after defeating him in the final in a dramatic ending E. Pelister with 23:22.

The players led by coach David Davis are about to win the double crown, in the championship they have one point more than Bitola in two rounds until the end of the season.

In today's duel in the first 10 minutes, a goal for goal game was played for both sides. Vardar then made a series of 4: 0, after which there was a "plus four" on the scoreboard - 8:4.

In the following period, there was a big drop in the game of the Skopje team, and that was used by the team of Zeljko Babic with a big series of 8:0 and at the break to leave with an advantage of 12:8.

At the beginning of the second half, Vardar stopped the goal series of the Bitola team. Tomovski's defenses maintained Vardar as a result, and with the goal of O. Gjokas cut to 16:13 in 40 minutes.

Constantly E. Pelister maintained an advantage of four to five goals difference and was closer to winning the cup title. A series of 3: 0 of Vardar followed to reduce 20:18. Dibirov had a chance to reduce to "minus one", that did not happen, defended Sekelji, so the penalty came from Obradovic for 21:18.

Vardar still did not give up, they still managed to reach "minus one" at 21:20 six minutes before the end of the match. A leveling followed, which was taken care of by the Russian wing Dibirov. At a crucial moment, Tomovski managed to stop a blow from Bitola. After the timeout of Davis, the last attack was Vardar in which the winning goal was scored by Taleski for great joy among his teammates and the fans of the club.

He was the most efficient in the ranks of Vardar Taleski with six goals, and on the opposite side had Gradzan and Peric five each.